A soap-making factory, dating back to the 19th century, along with several large underground chambers, were unearthed at the Uri Geller Museum which is under construction in the Old City of Jaffa.

“Our work on the museum required, among other things, that we rewire the electricity in the ancient building,” Israeli illusionist, magician, television personality, and self-proclaimed psychic Uri Geller explained. “When the Electric Company began working on the structure, in cooperation with inspectors from the Israel Antiquities Authority, we were amazed to uncover a large chamber with moulded recesses.”


“As the work proceeded, I noticed a pile of refuse on one side,” Geller recalled. “I intuited that there was something hidden there. To the surprise of the IAA inspectors, an exceptional find was revealed: a soap making factory.”

According to Dr. Yoav Arbel, a Jaffa expert with the Israel Antiquities Authority, “this previously unknown factory, whose original ownership remains unclear, is the second of its kind to have been discovered in Jaffa. The site was well-preserved and included troughs for mixing raw materials for the soap, a large cauldron, a hearth, water cisterns and underground vaults that were used for storage.”

The production of soap from olive oil in the Land of Israel was recorded as far back as the 10th century. Soap became an important and lucrative product here, starting out in the Middle Ages and continuing as recently as the beginning of the 20th-century. Some of the soap was sold locally, while a large share was destined for export to regions within the Ottoman Empire – mainly for the Egyptian market.

The production center was in Shechem, a town with abundant olive groves, where two traditional soap factories still operate to this day. Soap was also manufactured on an industrial scale in Jaffa, Jerusalem, Gaza and Lod.

There was one other soap factory in Jaffa, belonging to the Damiani family, which operated in a large vault beneath the Jaffa Museum. That factory, which was active until 1948, is closed to visitors today, but can be glimpsed from a vantage point on Mifratz Shlomo Street. It is interesting to note that both Jaffa soap factories had nearly identical equipment.

One of the explanations for the commercial success of the Land of Israel soap, compared to its European competitors, is the raw material. European soap was made with pig fat – a substance shunned by Muslims and Jews – while olive oil was used in the Land of Israel.

Artisans would apportion, prepare and mix the ingredients, cooking them in large cauldrons for seven to ten days. Next, the liquid soap would be poured onto special, lime-covered surfaces, where it would cool down and solidify for another ten days, until it could be cut into bars, and embossed with the factory seal. The bars would be stacked up and left to dry for two months. Only then could the soap be wrapped in paper for sale.

The soap factory utensils will be put on display at the Uri Geller Museum, at 7 Mazal Arieh Street, after it opens.

“The Uri Geller Museum will exhibit unique items and gifts that I collected and received over the years from notables such as Salvador Dali, Pablo Picasso, Albert Einstein and others,” Geller said. “It will feature a Cadillac that was covered with around 2,000 spoons that used to belong to famous people, most of which I bent with my mind, and others which I obtained at auction. The Cadillac was previously exhibited at the Israel Museum and other museums in the United States and Europe.”

Geller also plans, as an installation, “The world’s biggest spoon,” which will be 64 feet long and weigh 6 tons. 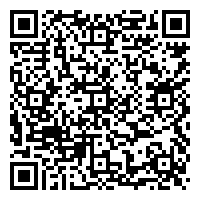