The previous record was recorded in 2019, before the outbreak Corona pandemic, which was also a leap year and included another Jewish month. In 2019, 29,119 Jews visited the Temple Mount throughout the year.

The Temple Mount Administration noted with satisfaction that the new record was set while we are still in the middle of the year. More than four months still remain for the year, including the two peak days of the year, Jerusalem Day and Tisha B’Av.

“As more and more Jews become acquainted with the new situation on the Temple Mount, especially by word of mouth, they return home. What has not been expressed in the field in the two years of the corona, is suddenly gaining dramatic expression in the past year,” he said.

The Temple Mount Administration is now preparing for the thousands who will visit the Temple Mount on Jerusalem Day. Assuming that the number of visitors jumps to new heights again, on the day that marks the 55th anniversary of the release of the Temple Mount.

These historic numbers were recorded despite the fact that Jews’ visits to the Temple Mount, Judaism’s holiest site, are limited in time, space, as well as the number of visitors at any given time. While Jews’ rights to worship at the site have improved in recent years, much remains wanting, and the full freedom of worship has yet to be granted by the State of Israel to Jews visiting the Temple Mount. 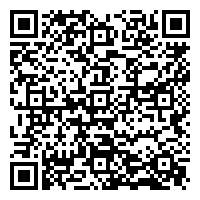