MK Ghaida Rinawie Zoabi (Meretz) announced on Thursday that she is resigning from the coalition, bringing the number of Knesset votes still supporting the current government to well below 60, depending on the issue. Zoabi sent a letter to Prime Minister Naftali Bennett (Yamina) and Deputy Prime Minister and Foreign Minister Yair Lapid (Yesh Atid), complaining that “the month of Ramadan was unbearable,” and therefore “I cannot support a coalition that has it in for Arab society.”

Zoabi, who lives in Nof HaGalil, where only 28% of the residents are Arabs, the rest are Jews and “others,” voted back in January against the coalition’s IDF Draft bill – even though all the other Meretz members supported it. A month later, on February 22, Lapid announced his intention to appoint Zoabi (Meretz) to the post of Israel’s Consul in Shanghai, China, otherwise known as a kick upstairs. But according to Israel Hayom, it took Lapid two months to submit the appointment to the Civil Service Commission. The reason for the delay was the foreign minister’s growing realization that Zoabi is anti-Israeli, which could be a problem once she starts representing Israel to the nice people of China.

In her letter, Zoabi also noted that she is removing her candidacy for any future appointment. Her resignation from the coalition is added to that of Yamina MK Idit Silman last month, and now the two of them together can support a majority to dissolve the Knesset. Indeed, Kan 11 News already reported that in light of this development, the Likud is considering resubmitting the bill to dissolve the Knesset next week.

Sources in Meretz told Haaretz that all the coalition factions have begun a series of consultations to maintain the integrity of the government. Prime Minister Naftali Bennett decided to convene Yamina Thursday night (only to then cancel it). Everyone in the coalition is putting pressure on Zoabi to back down from her decision. Meretz Minister Issawi Frej Reshet Bet radio: “I did not know about it. I’m trying to get her on the phone but there’s no answer. She was wrong and behaved in an unwise manner.”

Meretz Chairman Minister Nitzan Horowitz was also unable to reach Zoabi on the phone so he drove to her Nof Ha’Galil home to talk to her (except she wasn’t giving an interview elsewhere at the time, and he didn’t know that).

To add insult to injury, the Opposition knew about her decision a day before the Coalition learned about it.

Here’s one clue that the government is going to lose the no-confidence vote next week: the last time the Likud submitted it, the Joint Arab List decided to abstain because, as they put it, they weren’t going to help Benjamin Netanyahu become prime minister again. But this time, Zoabi’s resignation, Joint Arab List Chairman MK Ayman Odeh said that “there is no future to a coalition that attacks funerals, allows Kahanists to march in East Jerusalem, deepens the occupation, and abuses Arabs in the Negev.”

So he’s voting to dissolve. Maybe. 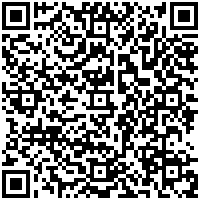