A statement from King Abdullah of Jordan’s palace said that at Friday’s White House summit President Biden stressed America’s support for a two-state solution to the current conflict. Jordan’s government also said that Biden acknowledged a need to find ways to reduce the recent escalation of violence and that he supports efforts to calm things down in the areas of the Palestinian Authority (PA).

The PA, for its part, supports exclusive Jordanian authority over the admission of worshipers to al-Aqsa on the Temple Mount and insists that this be recognized by all parties.


Biden, said the Jordanians, also supports a need to preserve the status quo on the Temple Mount, with an emphasis on the central role of Jordan’s Hashemite dynasty in the holy place.

The meeting dealt with recent regional and international developments, especially on the Palestinian issue. This was in view of the King’s call to step up international efforts to resume negotiations between the PA and Israel. King Abdullah wants the negotiations to lead to the establishment an independent Palestinian state within all of the areas not part of Israel before the 1967 Six Day War (i.e. in Gaza, Judea and Samaria). He would also see Jerusalem divided again with its eastern half becoming the new country’s capitol.

Also in their meeting, the two heads of state emphasized the depth of friendship and strategic partnership between their countries and the King expressed Jordan’s appreciation for the continued support that the United States provides the Kingdom in various areas.

In turn, the president reaffirmed his full support for Jordan under Abdullah’s leadership and even praised Jordan for being a key partner for the US in the Middle East, and a key component in promoting stability in the region.

The king referred to the central role of the United States in this regard and warned against the recurrence of the cycle of violence in the Palestinian territories as a result of unilateral steps on the part of Israel.

The leaders also discussed ways to forge relations between the countries and increase economic cooperation in the areas of infrastructure, energy, water and the environment, while Jordan becomes a regional center for investment and cooperation.

The meeting also dealt with regional and international efforts in the war on terror, and on the way to political solutions, including the crisis in Ukraine.

Hussein al-Sheikh, a senior Palestinian Authority official, recently told TPS that the Jordanians and Palestinians are seeking to draft a new status quo agreement and actually restore the historic status quo, as he said, which was valid before 2000 and stressed that under this agreement The worshipers and the visitors, renovation and management. 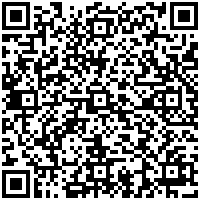