Families of victims of terrorism are outraged after Israeli Supreme Court Judge Neal Hendel expressed his grief over the death of a terrorist.

Sami Ahad Abu Diak shot and killed Ilya Krivich, an Israeli resident of  Homesh, 18 years ago. Fatah claimed responsibility for the attack and Abu Diak was arrested a year later. He was sentenced to three life sentences for intentionally causing death, kidnapping, shooting at people, and attempting murder, as well as for other acts of terrorism.

Before dying of cancer this week after 17 years in prison, Abu Diak had sent a petition to the Supreme Court to request hospitalization outside of Israel. As the petition was no longer applicable after his death,  Hendel agreed on Wednesday to a request to remove the motion.

Hendel caused outrage by writing “I instruct the deletion of the petition as requested; I participate in the grief of the family.”

The “Choosing Life Forum of Bereaved Families” strongly criticized Hendel. The support for families of terror victims and anti-terrorism campaign group stated that they hoped the judge “did not mean the things he signed” as it would constitute another “injury to Ilya Krivich’s family and the feelings of all bereaved families.”

The organization called on Hendel to apologize.

“This is an outrageous statement. the judge should express sorrow over the death of the victim, not the murderer,” the organization stated, demanding that Hendel be reprimanded.

Hendel has not commented on the incident, though the court subsequently removed the decision from the website and reposted it without the offensive statement. 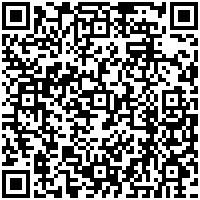