The Knesset voted 62-55 with two abstentions overnight Wednesday into Thursday to approve the ‘Basic Law: Israel as the Nation-State of the Jewish People’ — the bill that for the first time officially enshrines Israel as “the national home of the Jewish people” in the Basic Laws which guide the country’s legal system as a quasi-Constitution.

Prime Minister Benjamin Netanyahu called its passage a “pivotal moment in the annals of Zionism and the State of Israel,” in remarks following the vote.


The law underscores Jerusalem as the capital of Israel, the Hebrew calendar as the official calendar of the nation and sets Independence Day, national days of remembrance and Jewish holidays, as well as designates Arabic as a language with “special” standing, stipulating that “this clause does not harm the status given to the Arabic language before this law came into effect — a referral to the fact that up to this point, Arabic was the second official language of the state.

“We enshrined in law the basic principle of our existence,” Netanyahu said. “Israel is the nation state of the Jewish people, that respects the individual rights of all its citizens. This is our state — the Jewish state. In recent years there have been some who have attempted to put this in doubt, to undercut the core of our being. Today we made it law: This is our nation, language and flag.”

Joint Arab List Knesset Member Jamal Zahalka, who has consistently represented the interests of the Palestinian Authority and in some cases those of Hamas from the podium, ripped to pieces a printed text of the bill before the plenum.

His faction colleague, Knesset member Ahmed Tibi, said in a statement delivered in Arabic, “I declare with astonishment and sorrow the death of democracy. . . The funeral takes place today in the plenum.”

Following is a translation of the final version of the bill:

2 — The symbols of the state
A. The name of the state is “Israel.”
B. The state flag is white with two blue stripes near the edges and a blue Star of David in the center.
C. The state emblem is a seven-branched menorah with olive leaves on both sides and the word “Israel” beneath it.
D. The state anthem is “Hatikvah.”
E. Details regarding state symbols will be determined by the law.

4 — Language
A. The state’s language is Hebrew.
B. The Arabic language has a special status in the state; Regulating the use of Arabic in state institutions or by them will be set in law.
C. This clause does not harm the status given to the Arabic language before this law came into effect.

10 — Days of Rest and Sabbath
The Sabbath and the festivals of Israel are the established days of rest in the state; Non-Jews have a right to maintain days of rest on their Sabbaths and festivals; Details of this issue will be determined by law.

11 — Immutability
This Basic Law shall not be amended, unless by another Basic Law passed by a majority of Knesset members. 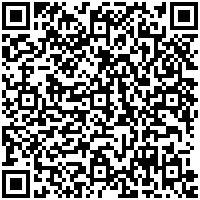