Knesset Finance Committee Chairman MK Moshe Gafni has directed the committee’s legal adviser to initiate a bill that would freeze the interest rate on mortgages, even when interest rates in the economy continue to rise in order to “protect first-time home buyers,” according to a report Monday by Kipa News.

Gafni, a United Torah Judaism lawmaker, issued the directive during a special meeting on Monday with Bank of Israel Governor Amir Yaron, who was there to discuss the state of Israel’s economy with the committee members.

“The frequent increases in interest rates creates an increase in the cost of living,” Gafni told Yaron. “We are concerned that the cost of living is not at the top of the social order of the state’s economic adviser, which is the Governor of the Bank of Israel.

Yaron said in response that it is critical for the Bank to raise the interest rate in order to lower inflation. “If we don’t eradicate inflation…people will start thinking about it and then it will come down on the side of the suppliers and consumers — and then inflation will start to spiral.

“We see in the forecasts that inflation will begin subsiding in the first quarter of 2023, and will decrease faster in the second quarter and toward the summer,” he said.

“We are aware of the pain — we include all the data on mortgages — we are aware of it, but at the same time we must understand that if we do not eradicate inflation it will remain fixed at five percent,” Yaron said.

“It is important that the wage agreements do not include too great an expansion, both in the retroactive compensation component and in the salary base for the following years,” Yaron warned.

“The literature shows a connection between wages and inflation; it is important that the wage agreements not include significant expansion for the coming year. We ask to do this in no way.”

Bank of Israel Hikes Interest Rates Again, This Time to 3.75% 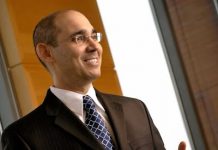 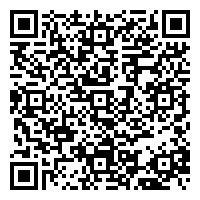