Three Druze soldiers from the Israel Defense Forces’ Armored Corps have been arrested on suspicion of hurling improvised explosive devices at a Palestinian Authority Arab’s home in the Bethlehem area overnight Monday.

In a statement, the IDF Spokesperson’s Unit said “a number of IDF soldiers were apprehended” following the incident. The Military Police are examining a possible connection between the alleged attack and last week’s seizure of the body of an Israeli Druze youth from a Jenin hospital by terrorists in the Palestinian Authority.

In unrelated news, Chief of Staff Aviv Kochavi decided to appoint Lt. Col. Ayub Kiyof from the Druze community, who previously held the position of commander of the special forces “Shaldag” and “Sayeret Golani” units, as commander of the Menashe Brigade, and promoted him to the rank of lieutenant colonel. 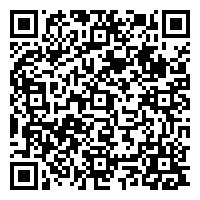