Blue and White leader Benny Gantz faced ridicule from the Likud party and scorn from the left-wing after he announced that he would submit President Donald Trump’s Deal of the Century peace plan to the Knesset next week for a vote.

Gantz stated Wednesday evening that “the peace plan faithfully reflects the basic principles written in Blue and White’s platform. Next week, I will present to the Knesset the approval of President Trump’s full plan.”


“This is a historic opportunity to shape Israel’s borders and future,” he added.

The Likud dismissed his statement as a “joke,” saying that the “hitchhiker Gantz is trying to get a ride on the tremendous achievements that Prime Minister [Benjamin] Netanyahu has brought after three years of strenuous work with the Trump administration.”

Gantz apparently does not have the legal ability to move forward with pushing the Deal of the Century through the Knesset and must wait for Netanyahu’s government to vote on it.

“For those who were wondering, he cannot bring the plan to the Knesset vote, but only the government can, in accordance with the Knesset’s bylaws,” he added. “Anyone who claims to be prime minister must learn how the Knesset works.”

On the Left, Member of Knesset Itzik Shmuli of the Labor-Meretz party stated that “there is no need to vote the parameters of the Deal of the Century, the question of how to achieve them: in one-sided and dangerous unilateral annexation or in negotiations.”

As a possible candidate to lead the left, Gantz must clarify his stance, Shmuli demanded.

There are conflicting reports on when Netanyahu plans to bring the peace plan for a vote by his government.

Israeli sources reported that he plans to move forward with a vote on the peace in the coming Cabinet meeting on Tuesday or Wednesday while Israeli ministers have called for immediate action.

However, Trump’s aid Jared Kushner’s stated Wednesday in an interview with Gzero Media that while the Trump administration clearly supports annexation of parts of Judea and Samaria, it also wants Israel to wait until after the upcoming March election to move ahead with any annexation plans, and only in coordination with the US. 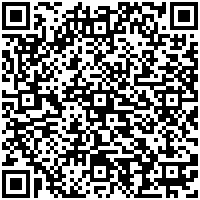