The ultra-Orthodox United Torah Judaism and Labor parties said Wednesday that they would not support efforts to impeach MK Hanin Zoabi (Joint List), despite the latter’s charges that Israeli soldiers are “murderers” and described IDF operations in Judea and Samaria as “terrorism.”

Speaking to the Hebrew-language Israel Broadcast Corporation (Kann), Labor Party Chairman Avi Gabbay he has “nothing but disdain” for Zoabi’s views on Israel, but said that MK Oded Forer (Yisrael Beteinu), the leader of the effort to oust Zoabi, would do better to address corruption in the party than to level accusations at others.

“(Yisrael Beteinu) has the audacity to call itself ‘patriotic,’ but at the same time the party is deep into the pockets of every Israeli citizen, with all sorts of corruption scandals…So let them deal with that, rather than with Zoabi… I prefer people to deal with their own corruption issues than with (the corruption) of others,” Gabbay said.

In addition, MK Uri Maklev, whose United Torah Judaism faction has frequently clashed with Yisrael Beteinu over religion-and-state legislation, called Forer’s initiative a “populist move by Yisrael Beteinu” with no real chance to succeed. Maklev said the haredi parties are under no obligation to join the effort.

Announcing the move to oust Zoabi, Forer noted that Zoabi has twice been banned by the Central Elections Commission from running for election due to her unrestrained criticism of Israel and open identification with the “Palestinian” cause. He added that Zoabi did not call on “Palestinians” to march TO Jerusalem, rather to march ON the capital, and has acted to inflame tensions on the Israel-Gaza border in recent weeks. In a situation so potentially explosive, especially in the south (on the Gaza border), rather than calm tempers (Zoabi) deliberately pours oil on the fire,” Forer told Army Radio.

Opposition to the move by the Labor and Joint List parties will likely scuttle the impeachment process: Under the terms of the controversial 2016 law allowing the removal of a sitting MK, the measure requires the initial support of 70 MKs, including at least members of the Knesset opposition, and would eventually require a special three-fourths majority, or 90 MKs, to remove Zoabi from office. 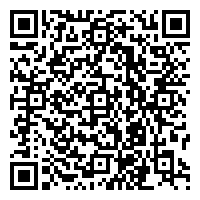