The Health, Finance and Public Security Ministries will allow 50 cannabis farms to export medical marijuana products, the ministries said in a joint statement Wednesday. In addition, 25 selected pharmacies in Israel will begin selling prescription cannabis products on April 20 as part of the cannabis reform in the country.

The announcement, which was the product of six months of discussion between ministry officials, clarified that only “finished products” will be licensed for export to ensure that Israel-grown marijuana will not become available for recreational use in other countries.

The agreement will be presented to the Knesset for ratification in the coming days.

The issue had been the topic of stiff disagreement, particularly from police, who feared the deal would facilitate criminals’ ability to transport and deal drugs. In order to address law enforcement concerns, the agreement calls for the government to fund 25 additional police jobs to oversee the exports.

“I support the use of cannabis for medical purposes,” said Public Security Minister Gilad Erdan, “as well as its export to the world in light of our advanced knowledge in the field. But it is my duty to ensure that the export will not cause illegal drug smuggling to Israeli citizens … I am glad that I have reached understandings with the Ministry of Finance that will allow the approval of exports.”

Israel has steadily been revising laws governing the use of cannabis since legalizing medical cannabis products in 2016. In February, Erdan tabled a bill, which was approved by the Ministerial Committee for Legislation, to downgrade the penalty for possession of cannabis to a fine.

Also in February, however, the sector threatened to crash when Prime Minister Benjamin Netanyahu reportedly agreed to an American demand to halt the exports, leaving nearly 400 farmers who had asked for growing permits in a state of limbo.

According to data by the Ministry of Finance, local medical cannabis exports are an estimated $1.1 billion (NIS 4 billion) industry. 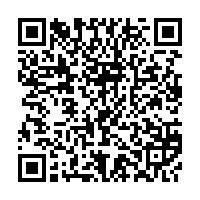