The Knesset Subcommittee on Intelligence, Secret Services, Captives and Missing Soldiers, chaired by MK Zvi Hauser (Derech Eretz) unanimously voted on Monday to grant the government an additional 48 hours to submit a bill that would grant the executive branch special emergency powers aimed at containing the spread of the coronavirus pandemic.

Among other things, the bill would allow the Israeli Security Agency, a.k.a. the Shin Bet, to take part in the efforts to curb the spread of the coronavirus.


On May 26, 2020, the subcommittee approved the government’s request to extend the validity of the Shin Bet’s authorization to use cell phone data to retrace the movements of people who have contracted the coronavirus and identify others who should be quarantined because their paths crossed. The authorization was extended until June 16, or until the relevant legislation is completed, whichever comes first.

The Committee also determined that if the bill regulating the matter were not submitted, the decision authorizing the Shin Bet would expire.

On Sunday afternoon, the government asked the subcommittee to extend the deadline for presenting the legislation by 48 hours, to allow further discussion of the requested bill by the corona crisis cabinat.

The subcommittee’s legal advisor, attorney Miri Frankel-Shor, told the members that the Health Ministry reported on Sunday that it had asked for the Shin Bet’s assistance in only one​ case, when a patient could not be contacted in any other manner. Frankel-Shor said this shows that the Shin Bet’s phone tracking tool is in fact used very sparingly. However, she stressed that the Health Ministry said the procedure for utilizing the Shin Bet in the efforts to curb the spread of the coronavirus has yet to be approved.

Chairman Hauser said he had discussed the bill with Justice Minister Avi Nissenkorn (Blue&White), as well as with Deputy Attorney Generals Raz Nizri and Dina Zilber, “and the bill is practically ready.”

Hauser said that “since our authorization was given only until June 16, and it is safe to assume that we will not complete the legislative procedures by then, should they begin, along with the fact that the tool has been used in only one case, which shows that the new decision has in fact reduced the use of the tool – due to all this, I suggest that we approve the government’s request for an additional 48 hours.”

MK Gideon Sa’ar (Likud) agreed that the subcommittee should approve the government’s request in light of the statistics indicating very limited use of the phone tracking tool, “but when we will begin discussing a permanent arrangement – if this is the scope of the use of the tool, we will certainly discuss the question of whether the actual use of the tool is needed.”

Attorney Anat Assif of the Justice Ministry said the procedure for utilizing the Shin Bet’s tool is currently in the “final stretch” of its approval by the Attorney General. 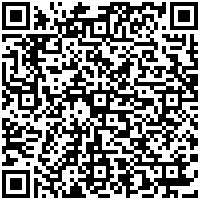