Monday’s meeting of the Labor, Welfare and Health Committee medical cannabis reform was stopped when the father of a girl who receives the substance drank a bottle of cannabis oil. An advocate of unlimited cannabis use for medical purposes, the man announced: “I’m taking it now, even though it’s expired, because my daughter is not twitching anymore.” He then announced: “If you touch her license to get cannabis, I’ll open a drug lab myself.”

Earlier, a woman was ejected from the meeting after being warned several times by Committee Chairman MK Elie Elalouf (Kulanu) over her interruptions. As she was leaving the hall, the woman accused Deputy Health Minister Yakov Litzman (United Torah Judaism) and Health Ministry Director-General Moshe Bar Siman Tov of being irresponsible and negligent.

Green Leaf Party chairman Oren Leibovitch told MK Alalouf that he was patronizing to the patients and to the female MKs.

Salit, the mother of a sick child, testified: “Only after my son received cannabis did his medical condition improve, and now I can sleep at night. If you will switch him to a different strain, I don’t know what will happen. Just promise me you will leave him on the same strain.”

Those desperate remarks were made following rumors that the medical cannabis unit at the Health Ministry would cancel certain strains of the drug currently available to patients by the legal distribution companies.

In response, the director of the Health Ministry’s medical cannabis unit, Dr. Yuval Landschaft, said, “We have never ordered that some cannabis varieties be cancelled,” adding that no such change is about to happen and no strains will be removed from the existing list.

Deputy Health Minister Litzman said: “Cannabis is a drug. It was I, and not my predecessors, who proposed reforming the field. It is not easy. We want to prevent leakage from the growers; we want only eligible people to receive the cannabis with dignity in the pharmacies. We added doctors who can prescribe cannabis for patients, and we will add more. This reform is good, but there are difficulties here and there. There is a problem of expensive prices for the heavy users, and that, too, will be dealt with.”

Litzman was referring to a publicized plan of the Health Ministry to charge cannabis patients according to the amount they use. Currently distributors are charging a flat fee, regardless of the amount prescribed by each patient’s doctor.

Health Ministry Director-General Bar Siman Tov said: “We are very, very concerned about the leakage from the expanded use of cannabis, even for medical purposes. Cannabis is not a cure. The long-term damage that can result from the use of cannabis is enormous. We see teenagers who experience psychotic attacks as a result of cannabis. When a pregnant woman and then her baby get cannabis, we die of fear.”

To date, there have been anecdotal reports as well as studies with small groups of patients that suggest cannabis has been documented to cure (in alphabetical order) AIDS/HIV, Alzheimer’s, Arthritis, Asthma, Cancer, Chronic pain, Crohn’s disease, Epilepsy, Glaucoma, and Multiple sclerosis. According to cannabis advocates, the reason there are no large-scale studies of the benefits of Cannabis has to do with the reluctance of the large drug companies to invest in them, because concluding scientifically that Cannabis works much better than chemical drugs would not impact well on the financial health of said drug makers.

The long-term effects of cannabis use have been the subject of ongoing debate, and, because cannabis is illegal in most countries, reliable, scientific research is inconclusive at best. However, it is broadly accepted that no fatal overdoses associated with cannabis use have been reported. Indeed, despite repeated studies, no scientists have been able to show that cannabis use directly introduces a consistent increase in mortality from motor vehicle accidents, suicide, and respiratory and brain cancers.

The director of Israel’s medical cannabis association, Dana Bar-On, responded to Director’s Siman Tov’s alarming statement saying: “And I’m scared to death of being confined to a wheelchair again. And the parents here are afraid their children will start twitching again. If you will dare touch the strains, we will turn to the High Court of Justice. I am not going back to the wheelchair.”

MK Ilan Gilon (Meretz) said, “Cannabis should be subsidized by the state and be just as accessible as Oxytocin is.”

MK Sharren Haskel (Likud) asked Bar Siman Tov: “How many cases of medical cannabis-induced psychotic attacks have you encountered over the past year? Is this really a widespread phenomenon? Your solution is drugs with more proven side effects, as opposed to something that is still being examined, but in the meantime it only assists the patients.”

MK Tamar Zandberg (Meretz) said, “You are frightening the public and the physicians. Morphine is a drug, but caffeine and sugar are also drugs. Cannabis should be a first-line drug. It is much less dangerous and addictive than other drugs prescribed by doctors.” 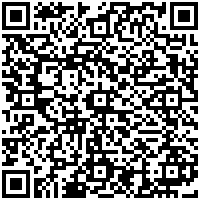