The Jewish Association in the city of Umeå announced its termination at a board meeting in late May, under threats from the neo-Nazi Nordic Resistance Movement, the newspaper Dagens Nyheter reported.

Nordiska Motståndsrörelsen, the Nordic Resistance Movement (NRM) is a Pan-Nordic neo-Nazi movement which functions as a political party in northern Sweden. NRM has been banned in Finland.

“It’s a heavy blow,” said Carinne Sjöberg, the first and last chairperson of the Jewish association of Umeå. “I’m very sad about it, and have even shed a few tears.”

The Jewish community of Umeå numbers fewer than 50, and it relies heavily on the participation of Israeli students attending Umeå University. An Israeli mother and Umeå City Council member, Sjöberg organized the Jewish community center back in 2010, where local Jews and Christians celebrated Jewish holidays.

Umeå is the largest city in Norrland—the northernmost, largest, least populated region of Sweden—and the thirteenth biggest city in Sweden, with 85,000 residents.

The Jewish community association in northern Sweden decided to close down back in April 2017, seven years after it had been established, following a series of neo-Nazi threats. Their Umeå center was graffitied with swastikas and with the message, “We know where you live.” The windows of a car belonging to one of the members were broken, pictures of Adolf Hitler were hung in the building where the association held its meetings, and members were subject to visits by NRM officials who inquired if Jews lived on the premises.

Law enforcement agencies in town insisted they unable to stop the anti-Semitic attacks and catch the offenders – this after four years of complaints from local residents. As a result, according to Sjöberg, local Jews were reluctant to show up for meetings, and attendance fell from about 60 to less than a minyan. “Our kids go to ordinary school, so members started to feel they didn’t want to bring the children,” she told the BBC.

“My mother and father are (Holocaust) survivors, so this is not OK. Enough is enough. It was like stepping into their shoes in the 1930s,” a terrified Sjöberg said.

Speaking of the Holocaust, in 2015 the city organized a march with thousands of participants commemorating Kristalnacht, to which the local Jewish Association was not invited. One of the organizers of “Umeå Against Nazism,” one Jan Hägglund, said they were reluctant to invite the local Jewish groups because they thought the march “could be experienced as an unwelcome or insecure situation for them.”

In April last year, however, hundreds of locals marched through the city wearing Jewish yarmulkes in a “Kippah Walk” organized by The Official Council of Swedish Jewish Communities. The march drew senior left and right wing politicians, as well as Israel’s ambassador to Sweden Isaac Bachman and the vicar of the Umeå branch of the Swedish Church.

On Tuesday, Sweden’s Jewish Youth Association tweeted its thanked Sjöberg and her board members for the work they had done since 2010. “This means that there is no Jewish organization in Sweden north of Uppsala,” they noted. 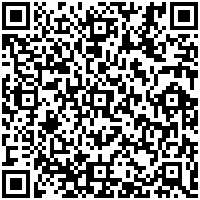