(Tuesday, 11th July 2017) Jerusalem – Today, the Knesset Israel Victory Caucus (KIVC) was launched at the Israeli Parliament to advocate for a new approach in resolving the Israeli-Arab conflict. This strategy will be focused on Israel’s defeat of enemies who seek its destruction and ending the emphasis on Israel making “painful concessions,” instead placing the onus on the Palestinian Authority Arabs to recognize Israel as the national homeland of the Jewish People.

The KIVC was co-Chaired by Oded Forer (Yisrael Beytenu) and Yaakov Perry (Yesh Atid) and was attended by Members of Knesset from across the political spectrum, senior military and diplomatic figures, students and academics.

“This is not an issue of left or right, or about borders or any particular solution,” MK Forer said. “If there is no understanding or recognition of who won and who lost there is no possibility of progress.”

“We need to promote the idea that the victory of the Jewish people is in building its state and holding national sovereignty in this land and that is not negotiable and must be recognized by the Palestinians. Those who stand against this idea push peace further away.”

Former head of the Israeli Security Agency MK Perry agreed. “Both Palestinians and Israelis should recognize each other’s right to exist, and this is not unfortunately happening at this moment,” MK Perry said. “We should be proud of our victories and they should lead to something realistic and implementable. The purpose of our victory should be to ensure a better future for all Israelis.”

The KIVC is acting in parallel with its sister caucus in the U.S. called the Congressional Israel Victory Caucus (CIVC), which was launched in April by co-Chairs Rep. Ron DeSantis and Rep. Bill Johnson, and has almost 20 Congressmen as members.

Both caucuses were formed in cooperation with the Middle East Forum’s Israel Victory Project, the brainchild of the MEF’s President, Professor Daniel Pipes.

“This victory process is good for both Israelis and Palestinians,” Professor Pipes said. “It offers an alternative to the never ending and never resolved peace process. It is not enough to recognize Israel, the Palestinians must also recognize it as the Jewish State and this is a necessity for this process.”

At the KIVC, a poll commissioned by the Middle East Forum, conducted by Rafi Smith, was presented which demonstrated that the aims of the Caucus are supported by a majority of the Israeli public.

However, 82%, a significant majority, of the Jewish population in Israel does not believe that the Palestinian Authority leadership will recognize Israel as the state of the Jewish people.

On the military front, 84% of respondents agreed that, in its next conflict with Hamas or Hezbollah, Israel should “let the IDF win,” defined as continuing military operations until such a point when Israel’s enemies recognized their defeat.

Also at the Knesset session, Middle East Forum Direct Gregg Roman released a fund to implement the vision of an Israel victory called the Israel Victory Fund, which organizations can apply for funding to further the project concept.

“Wherever there are resistance and rejection of the right of Israel to be the homeland of the Jewish People there must be a price for this rejectionism,” Roman said. “We will be going on the offensive against these entities and assist the fight against them.” 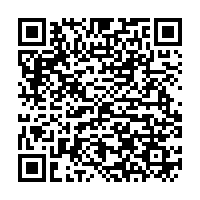