The UK-based Syrian Observatory for Human Rights has confirmed that Islamic State (IS) leader Abu Bakr al-Baghdadi is dead. Observatory director Rami Abdel Rahman told international media that top IS commanders present in the province of Deir Ezzor confirmed the death of the ‘emir’ of their so-called “caliphate.”

Rahman said his group “learned of it today but we do not know when he died or how.”


The news backed up a similar claim by the Russian Foreign Ministry, which said Sukhoi warplanes killed the IS leader during a 10-minute raid on May 28 near Raqqa on a site where the group’s leaders had gathered to plan a retreat from the area.

The announcement followed a report in Iraq quoting jihadi sources within the terrorist organization who told Iraqi media that al-Baghdadi, 46, was killed during an air strike in the province of Nineveh.

Al-Baghdadi hasn’t been seen publicly in person since his Mosul appearance in 2014 at the Grand Mosque of Al-Nuri. There is a $25 million bounty on his head.

The U.S. Central Command and the Pentagon are not yet willing to declare the Iraqi-born al-Baghdadi to be dead; the U.S. military maintains there is still not enough information available to confirm al-Baghdadi’s death. 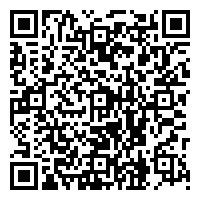