The United Nations is being forced to come to grips with the reality of the results of a decade of rule over Gaza by the Hamas terrorist faction.

The UN Country Team which carried out the study points out in its new report that in fact, the enclave has become almost unlivable while Hamas has been governing the region.


The report, “Gaza – 10 Years Later” was released Tuesday with a Foreword written by Maxwell Gaylard, UN Resident and Humanitarian Coordinator.

“Building on what is known now, the resulting study seeks to highlight the formidable developmental, humanitarian and social imperatives which need to be addressed and resolved, irrespective of the political context,” Gaylard wrote.

The document “does implicitly assume a peace process which leads ultimately to a solution of two sovereign states, Israel and Palestine, living side by side in peace and harmony,” he added.

Nevertheless, the future looks grim. In the introduction, the report points out: “The people of Gaza remain worse off than they were
in the 1990s, despite increases in real gross domestic product (GDP) per capita over the past three years. Unemployment is high and affects women and youth in particular.” The projected population is expected to grow by half a million residents between now and 2020.

But anyone who is remotely familiar with life in Gaza as ruled by the Hamas terrorist organization and its allied terror groups must know the complex situation that exists between Israel and Gaza – let alone between Israel and the rest of the “Palestinian Authority,” which enthusiastically urges its population to murder Jews via a legal ‘pay to slay’ policy, largely funded by foreign aid.

“This United Nations report proves without a doubt that the rule of Hamas terrorists over the past ten years has not only led to unending attacks on innocent Israelis, but has also brought nothing but pain and destruction to the residents of Gaza,” said Israel’s Ambassador to the United Nations, Danny Danon, in response to the report. 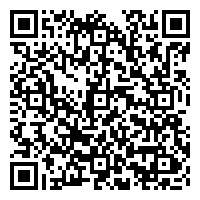