MK Amir Peretz (the Zionist camp) is at the head of the Israeli delegation at the meeting participate.

At the end of Sunday’s opening session of the Parliament for the Mediterranean and the World Trade Organization, held in Morocco with delegations from the European Parliament and Arab countries, Moroccan MP Ihsan Abd al-Halak shouted at the leader of the Israeli delegation, MK Amir Peretz (Zionist Camp): “You are a war criminal, you were the Israeli defense minister and you are an unwanted guest here,” Israel’s Channel 2 News reported Sunday night.

While Peretz just stood and stared silently at his attacker, another member of the Israeli delegation, former Deputy Foreign Minister Majalli Wahabi, a Druze, defended Peretz, or, actually, attacked the Moroccan MP, saying: “You are the radical Islam, you destroyed Tunisia, Yemen, Libya, Syria – and you want to destroy Morocco.”

Wahabi continued: “Amir Peretz is Moroccan, his father and mother are Moroccan, he was born here and you have no right to attack him.”

The uproar lasted about fifteen minutes, and the vast majority of delegates who watched the confrontation—including the PA delegation—expressed their reservations about the MP’s behavior.

The session’s chairman apologized to Peretz, saying, “This minority does not represent the [Moroccan] parliament nor the Moroccan people.” He also stressed that the forum is a framework for dialogue for peace, and Amir Peretz, as the head of the Israeli delegation, a member of the forum and one of its vice presidents, is, in fact, a welcome guest in Morocco. 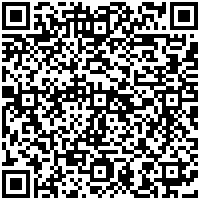