The Knesset plenum on Wednesday gave final approval to an amendment to the Counterterrorism Law which grants police district commanders the authority to set conditions for returning the body of a terrorist to the family for burial, if the commander determines that a terror attack might be committed or lives might be at risk, or the funeral will be used as a platform to praise terror attacks, as a result of the funeral.

Police conditions could limit the size, location, timing, and attendance of the burial ceremony and a body could be kept until the family agrees to the terms.

The law, a merger of a government-sponsored bill with proposals submitted by MKs Anat Berko (Likud) and Bezalel Smotrich (Habayit Hayehudi) passed its third and final reading by a vote of 48 to 10.

The amendment was introduced after the High Court of Justice in December ruled that Israel could no longer use terrorists’ bodies as bargaining chips without legislation explicitly permitting the practice. The court gave the government six months to pass such a law.

The preamble to the bill states that “the recent wave of terror in October 2015 was characterized by terror attacks that were committed by terrorists who were influenced by incitement, among other things, and this led to a renewed debate on the issue of holding the bodies of terrorists. As part of the effort to deal with severe disturbances which occur during the funerals of those who are killed in connection with committing or attempting to commit a terror attack, Israel Police set conditions which are meant to ensure public safety and prevent acts of terror during and after a funeral.”

During Wednesday’s debate, MK Yousef Jabareen (Joint Arab List) said, “This is a delusional and draconian law of a delusional government. Bringing bodies to burial is the basic treatment that is expected from a state that declares itself to be civilized.”

In response, Public Security Minister Gilad Erdan (Likud) said, “The government doesn’t want to hold on to these bodies. As far as we are concerned the bodies of these cursed terrorists can rot. We have no need for them.”

Minister Erdan pointed to the High Court petition by the family of the terrorists who killed two policemen on the Temple Mount last year, and said, “The Jabareen family appealed, and the funeral proceeded in [the israeli Arab city of] Umm el-Fahm, and unfortunately, thousands of Israeli Arabs paid tribute to the murderers.”

“Since then, two cells from Umm el-Fahm have been caught planning to attack the Temple Mount,” Erdand said, concluding, “The police will not allow mass funerals for terrorists.”

Of course, Zahalka is wrong on a number of accounts: first, some religions prefer to burn rather than bury their dead; and in Jewish law performing most commandments is conditioned on not harming others.

MK Berko (Likud) said “the law will enable and supply tools to Israel Police to maintain order and prevent mass demonstrations of hate and incitement to terror. The bill will define police authority to establish conditions for terrorist funerals. Terrorists must be buried at night, without people watching, as quickly as possible.”

MK Smotrich (Habayit Hayehudi) said in a statement, “With the return of the bodies of terrorists on the one hand and acts of hatred, hostility, incitement and terrorism on the other, it is clear that the lives of Israeli citizens are paramount and we won’t allow the High Court of Justice to distort it. All the tools must be provided to the Israel Police to protect the citizens of Israel.”

“The delay in returning the bodies of terrorists for the safety of Israeli citizens is the most clear and moral thing, and it’s a pity that the High Court forced the Knesset to legislate something so simple and urgent,” Smotrich said. 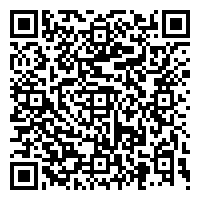