Thirteen rockets were fired early Wednesday morning from the Gaza Strip at Sderot and the Gaza Envelope settlements. No one was hurt.

The volley lasted about 40 minutes, and an Iron Dome array intercepted eight of the rockets. One rocket hit a road near one of the settlements in the Negev Gate Council.

Thursday night, two rockets from the Gaza Strip were fired at Ashdod and Ashkelon during the UAE Foreign Minister’s speech at the signing ceremony of the peace agreements in Washington, DC.

A 62-year-old man who was on his way to distribute food to needy families was seriously injured. His condition deteriorated during the night, and he was transferred to intensive care. A spokesman for the Assuta Ashdod Public Hospital said that during the night there was a deterioration in the man’s condition, and then it stabilized. He is suffering from a multi-systemic injury and is anesthetized in the intensive care unit. His condition was described as severe but not life-threatening.

Four other civilians, including a pregnant woman, were lightly injured by shrapnel near a shopping center in Ashdod from a rocket. Eight people suffered from anxiety attacks.

The Islamic Jihad announced that the early morning rockets were shot as part of the terror group’s “bomb for bomb” equation.

Hamas spokesman Hazem Qassem also said that this was a response to the IDF’s attack and that the “resistance” proved that it could maintain the attack equations against the “occupation.”

It should be noted once more that the occupation has stopped occupying in the Gaza Strip in 2005, and that the people of Gaza are free to go about their business provided it does not involve trying to murder Jews.

Prime Minister Benjamin Netanyahu said before boarding his plane from Washington to Israel: “It is not surprising that Palestinian terrorists fired at Israel just at the time of the ceremony. We will hit all those who have a hand in attacking us.”

The IDF spokesperson said that ten Hamas targets were hit in the first Air Force attack, including a factory manufacturing weapons and explosives, and a military compound used for training and rocket tests. In the second attack, an underground infrastructure was hit.

Sderot Mayor Alon Davidi tweeted: “Congratulations to the State of Israel on the peace with the Emirates and Bahrain, a new era has opened. But meanwhile, doesn’t it seem strange to you, as a country, that the only terrorist killed in Gaza because of rocket fire in the last two years was the one who shot at Bibi in Ashdod? And congrats, Bibi, on the peace, but what about the lives of the children of Sderot and the Gaza Strip Envelope? Don’t they deserve to sleep as quietly as everyone else?”

Sha’ar Hanegev Regional Council informed the residents that schools will open as usual on Wednesday.

The rocket that was fired at Ashkelon was intercepted by the Iron Dome system.

Also overnight Wednesday, the IDF arrested two suspects armed with grenades who crossed the perimeter fence in the southern Gaza Strip into Israeli territory. The IDF said that after the interrogation of the two, they were returned to the Gaza Strip.

We expect that they were asked to leave their grenades behind. 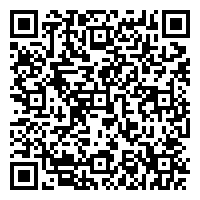