“The Arab nations have rejected a draft resolution introduced by Palestine to condemn the UAE-Israel normalization agreement,” according to a Palestinian Authority diplomatic source who spoke Wednesday with news outlets, quoted by Turkish news site, Anews.

The source said it was agreed not to include a clear condemnation of the normalization agreement; some of the foreign ministers – who he did not name — attempted to add provisions giving legitimacy to the agreement. “In response, Palestine presented a draft resolution that condemns the UAE-Israel normalization deal,” the source said. “The Arab countries, however, voted down the draft.”


During a discussion at Wednesday’s regularly scheduled meeting of the foreign ministers who represent the 22 Arab states who comprise the Arab League, the body’s Secretary General Ahmed Aboul Gheit underlined in a statement, “It is the indisputable right of each country to have sovereignty in conducting its foreign policy in the way it sees fit. This is something that this council respects and approves. At the same time, we hold certain values as principles of consensus,” he added, leaving open the question of what those values or principles might be.

The statement came in response to the intense pressure placed on the Arab League by Palestinian Authority Foreign Minister Riyad al-Maliki, who insisted the organization must condemn the normalization agreement between Israel and the United Arab Emirates – a member of the Arab League. “Otherwise, we will be seen as giving it our blessing,” he said, “or conspiring with it, or attempting to cover it up.”

In response, UAE Foreign Minister Anwar Gargash emphasized that his nation’s decision to establish diplomatic ties with Israel was a “sovereign” decision, one that was made in accordance with the UAE’s strategic interests.

The UAE Foreign Ministry said in a statement Wednesday, “Sheikh Abdullah bin Zayed Al Nahyan, Minister of Foreign Affairs and International Cooperation, will lead a UAE high-ranking delegation to Washington on September 15 at the invitation of US President Donald Trump to participate in the signing ceremony of the historic UAE-Israeli peace accord in the presence of Israeli Prime Minister, Benjamin Netanyahu.”

The rejection by the Arab League of the Palestinian Authority resolution to condemn the UAE-Israel peace agreement is deeply significant.

The Arab League, which until now has repeatedly endorsed the 2002 Saudi Peace Initiative, in essence has thrown its backing to the UAE in making this new effort for peace with the Jewish State, together with the guidance and out-of-the-box creativity and support from the Trump administration. It is an acknowledgement that the repeated failures of the past five decades must be swept aside in order to reap potential future profits.

What a pity the present leaders of the Palestinian Authority are so unwilling to live in peace for the sake of their people. 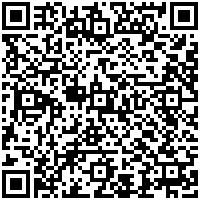