Former US international envoy Avi Berkowitz (who helped negotiate the Accords), United Arab Emirates Ambassador to the US Yousef Al Otaiba, Bahrain’s Ambassador to the US Abdulla R. Al-Khalifa and Israeli Foreign Minister Gabi Ashkenazi are joining the new Institute, along with Israeli American business mogul Haim Saban, a Democrat, and Robert Greenway, a Republican and former member of the team that negotiated the Abraham Accords.


The founders of the group said in a statement that they “intend to add additional Democrats to the group as well as international advisers from the region,” including representatives from Morocco and Sudan.

The organization will focus on increasing trade and tourism between the five signatories to the Accords, and on developing programs to foster people-to-people connections between the countries, according to the group’s statement quoted by Axios, which broke the story.

One deeply significant result of the Accords is the blossoming of Jewish activity in the Emirates and Bahrain. This weekend, former Bahrain Ambassador to the US Houda Nonoo — a Jewish woman — announced that a new Torah commissioned by Kushner was installed into its new home in Manama, the House of Ten Commandments. The Torah was commissioned by Kushner “in honor of His Majesty King Hamad bin Isa Al-Khalifa. For his vision, courage and leadership…peace, respect and religious tolerance to the Middle East.”

Last year, @jaredkushner commissioned a Torah in honor of HM King Hamad bin Isa Al Khalifa to be used in our synagogue in Manama. Today, we brought the Torah to its new home in the recently renovated House of Ten Commandments #Bahrain pic.twitter.com/2aHNJDNrEF

“The energy and enthusiasm for the Accords across the region is truly remarkable,” the organization said in its statement. “In less than a year, this warm peace is melting decades of misunderstanding and hostility across the region. This is a peace among peoples as much as it is among nations. This will be the Institute’s focus – to nurture and deepen these human connections.”

The Abraham Accords encompass the agreements between Israel and four Arab nations – United Arab Emirates, Bahrain, Sudan and Morocco — established last year. Kushner, who helped broker those agreements as a senior White House adviser to his father-in-law, President Donald Trump, is writing a book about his experiences in helping to broker those deals.

The president “underlined the strategic importance of the normalization of relations between the United Arab Emirates and Israel,” the White House said in a statement. Biden “expressed his full support for strengthening and expanding these arrangements,” the statement said. 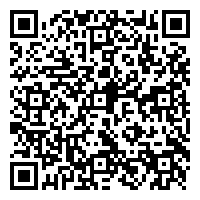