A source close to the details said Friday that Bahrain’s Crown Prince, Salman bin Hamad al-Khalifa, is expected to declare normalization with the State of Israel after his arrival on Monday in the United States, Hebrew-language Israeli Kan News correspondent Amichai Stein reported.

#BREAKING: #Bahrain will normalize ties with Israel, Bahrain Crown prince will be in DC Monday, officials confirm to me


Al-Khalifa is traveling to Washington DC to attend Tuesday’s ceremony at the White House during Israel and the United Arab Emirates will formally establish ties. The Crown Prince will reportedly make the announcement during his visit to Washington.

Bahrain was the first Arab nation to appoint a Jewish woman as a diplomatic envoy; in 2008, Houda Nonoo Nonoo became the first Jew to became an ambassador for a modern Arab nation. Although Bahrain is home to only some 35 Jews, they are well represented in the business community and have served at senior levels of government, according to Reuters. 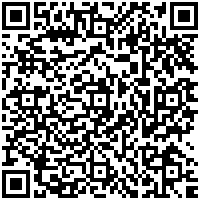