Last Monday morning around 10, a woman in her 80s slipped in the shower in her apartment and lost consciousness on Sokolov Street in Ramat Gan.

United Hatzalah volunteer EMT Avi Wilman was out shopping with his wife in preparation for his brother-in-law’s wedding that evening when he received the alert, and the couple, who were right near the address, rushed over. Avi grabbed the medical kit from his car while his wife stayed in the vehicle and was able to direct other first responders to the location.


“I ran upstairs and I saw that the woman had collapsed in the bathtub. Together with her helper, I pulled her out and laid her on the floor in the living room. I checked for a pulse, found none, attached a defibrillator, and began chest compressions,” Avi recalled.

From this point on, according to Avi, everything that took place contradicted the expectations of what normally transpires during CPR. “I was expecting this CPR to fail. The Defibrillator did not advise a shock, and the woman was already advanced in years. Normally, those two elements together are a recipe for a tragic outcome, but not in this case,” he said.

Avi continued compressions and was joined by other first responders who provided assisted ventilation and rotated the compressions with Avi.

“All of a sudden, and even before the mobile intensive care ambulance (MICU) had arrived, the woman’s pulse came back,” Avi said. “Without a shock from the defibrillator, without medications of any kind, with just the compressions we were doing and the oxygen we provided her, the woman’s heart began to work once again. To say that this is rare would be an understatement. I have been a volunteer EMT for a good number of years now and I have never witnessed or heard of something like this ever happening.”

When the MICU arrived, one paramedic told another to check and see if the woman was responsive to pain. During the first attempt the woman did not respond, but she did on the second.

“It took a few more minutes, and the woman then opened her eyes. Shortly thereafter, she was even able to tell the paramedics what area of her body was in pain. All-in-all, the woman was fully conscious and alert about 30 or so minutes after I had arrived. I couldn’t believe it,” Avi said.

“The woman’s daughter called me yesterday evening and told me that the doctors didn’t need to sedate or intubate her mother,” Avi added. “This is a common practice with patients, especially older ones, who have undergone CPR, to allow their system to relax while medical personnel assess what caused the collapse in the first place and try to correct it. The daughter told me that her mother was in relatively good health and that both she and the doctors were a bit in shock because of it.”

“I am really excited that I was able to arrive so quickly and initiate CPR to help save this woman’s life,” Avi related. “It was the strangest CPR I’ve ever witnessed. I have never before come across a situation where an older woman, already in her 80s, is revived after losing consciousness, without a shock, without medication, simply in response to compressions and ventilation. And then to have her wake up fully and talk to us, even before going to the hospital, this was simply remarkable.”

“I only feel bad for my wife who had to wait for me downstairs for 40 minutes,” Avi concluded. “I not to let my family get into a frustrating situation while I’m saving a life. But my wife knows that she is also a partner in the action that I undertake when I am responding. She, too, played a part in saving the woman’s life today, and for that, we are both happy.” 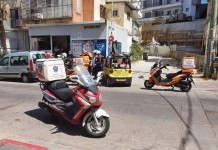 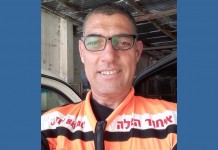 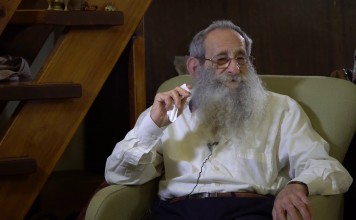