The Biden Administration has warned Israel that attacking Iranian nuclear sites is “counterproductive,” according to a report Sunday by The New York Times.

Iran is set to resume talks with world powers this week in Vienna as they negotiate the resumption of the 2015 JCPOA nuclear deal.


The International Atomic Energy Agency (IAEA), however, reports that Iran has significantly increased its stockpile of uranium enriched exponentially higher than the levels agreed to in the JCPOA.

IAEA inspectors have been barred by Iran since February from checking its nuclear sites and uranium stockpiles.

Such attacks have prompted Iran to upgrade its nuclear facilities, increasing the efficiency of the uranium enrichment system, the administration contends, reducing its breakout time to a nuclear bomb to just a few weeks.

“Before Mr. Trump decided to scrap the deal, Iran had adhered to the limits of the 2015 agreement – which by most estimates kept it about a year from ‘breakout,’ the point where it has enough material for a bomb,” the NYT report claimed.

Former President Donald Trump decided to scrap the deal, he said, because it was a bad deal. Then-Prime Minister Benjamin Netanyahu had repeatedly said the same.

“This was a horrible one-sided deal that should have never, ever been made. It didn’t bring calm, it didn’t bring peace, and it never will,” he said in making the announcement from the White House on May 8, 2018.

Trump asserted that the agreement did not address the full range of potential threats posed by Iran, or permanently ensure that Iran could not develop a nuclear weapon. He also asserted that the JCPOA provided Iran with additional financial resources with which to pursue its ballistic missile program and support its regional “malign activities.” In his statement, Trump said reimposed US sanctions would succeed in pressuring Iran to renegotiate the JCPOA to accommodate Administration demands.

The move won strong support from Saudi Arabia as well as from Israel – both of which were and still are threatened by the Islamic Republic.

Over the past 20 months there have been four explosions at Iranian nuclear sites, all attributed to Israel, the report noted, as well as the assassination of Tehran’s top nuclear scientist, Mohsen Fakhrizadeh by the Mossad.

Israel has repeatedly warned that Iran is becoming a nuclear threshold state and that a renewed JCPOA would do little or nothing to stop its trajectory.

Among those explosions was an operation to destroy uranium enrichment centrifuges, but the US noted that enrichment activities resumed within a few short months, some with newer, faster centrifuges.

While such actions might be “tactically satisfying” they are “ultimately counterproductive,” US officials have told their Israeli counterparts, according to the report which quoted sources familiar with both sides of the Atlantic.

Israeli officials have dismissed the warning, according to the report, and said they have no intention of changing the strategy. 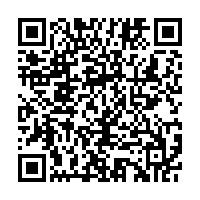