Just two months ago, Likud MKs were celebrating what they described as important victories for the party. The first was the approval of upgrading of Ariel College to Ariel University, and the second was the Edmond Levy Report, which invalidated the Talia Sasson report, and declared that Israel has full rights according to international law over all of Judea and Samaria.

But in those two months, neither declared victories managed to make it over the finish line. Some people, in fact, blame Prime Minister Netanyahu for the Edmond Levy Report not moving forward.


JewishPress.com caught up with MK Tzipi Hotovely, one of the more vocal and proud proponents of both issues and asked her where things stand, and if they aren’t being finalized by this government, what chance do they have in the next one, which won’t have as favorable a  coalition configuration?

Hotovely told JewishPress.com that in fact, she believes that the final steps for approval of the upgrade for Ariel University will happen before the elections, as its too important to not happen.

As for the Edmond Levy Report, Hotovely said that it’s also very important, but getting it approved is proving to be very difficult, as it has many obstacles and opponents. She believes it will be passed by the next government. And in response to the question as to Netanyahu’s possible role in holding it back, Hotovely stated that she just spoke with the Prime Minister and he told her he is working hard to get it approved. 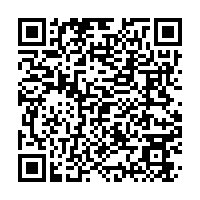