It has been a year since I got the phone call. “Hi Batya, are you able to join a mission leaving immediately to assist the victims of the building collapse in Florida?” said the voice on the other end of the phone line. It was one of the leaders of United Hatzalah’s Psychotrauma and Crisis Response Unit. I am a volunteer animal-assisted therapist with the unit and I head up the K-9 unit together with my faithful and beloved dog Lucy.


I had just heard the news about the collapse and I saw the devastation that had taken place half a world away from me. I knew that I couldn’t say no. I told the person on the other end of the phone that I would look into making some arrangements for my four daughters and husband, and that we would need to work out the logistics of getting Lucy a spot on the plane, but other than that, I would be very interested in going to provide some relief for those who lost so much.

It took some doing and the organization pulled some strings, but we got permission for Lucy and we joined the six-person and one K-9 team. We had very little time to prepare. The collapse took place on Thursday morning, Israel time, and we were given the okay to fly on Friday. For logistical reasons, we ended up leaving on Saturday, which means we arrived at Surfside, on Sunday morning.

We were unsure of the type of help needed. We knew it wasn’t a medical mission as there are plenty of medical resources in Florida. Our team was made up of five highly trained Psychotrauma and Crisis Response Unit members and our team leader and head of logistics Dov Maisel. We were uncertain what the scene consisted of and what we would be expected to do.

To get a better sense of what was needed, the first thing we did was to meet local community leaders who were already involved with relief operations. It didn’t take long for us to discover what the needs were and what our involvement should be. By Sunday afternoon, we had headed to the family reunification center which was set up a few short blocks away from the collapse site itself. Here, families waited to hear some news from the first responders in the hopes that they would hear good news about their loved ones. The first responders offered support and hope, but little beyond that.

As we talked to the family members who were gathered at the reunification center, we learned that “the scene”, as we call the location of a traumatic event, was not a particular place but the whole neighborhood. It included different hotels where families were staying, the community center, the collapse site, and the streets, with the people walking around, the workers, and even the newsstands. Everyone was suffering, either on a personal level or a communal level.

You could feel the agony in the streets like a tangible heaviness in the air. Although it was sunny, everything felt gray. The collapse of Collins 8777 affected everyone, not only those who had relatives in the building but also those who knew the families or worked as first responders helping at the collapse site, at the hotels, and the community center, and it affected us as well.

While the pain was unimaginable, the community’s support and brotherhood were mesmerizing. We discovered what it means to give the other your shoulder to cry on; we found what it means to sit on the floor crying next to a person whose world has just been shattered.

Together with, Lucy, we approached people and made a connection of communication where they were able to share with us their feelings, their doubts, and their pain. We supported these families by providing them the opportunity to open up and feel ok about their reactions to this crazy situation they were in.

We also worked together with the Israeli military personnel from the search and rescue units and helped the families share the details they knew about their relatives and the layout of the apartments, so the military could get a better picture and help at the collapse site.

We went to the community center, where we found a group of angels providing food for the families and first responders, pretty much anyone who needed was provided a quality hot meal. These angels left their jobs and families just to support the families and first responders. It touched my heart and the hearts of everyone else who saw this. This was an act of true kindness. Just one of the many that we saw from the community during our mission.

I cannot forget how during an interview for the news, from the eyes of the interviewer, tears started to fall… The first responders, doing unimaginable hard work were also experiencing this heavy sadness of digging to reach the unreachable, knowing that the possibility of success was so scarce, but never giving up hope or calling it quits even amid torrential rain.

Walking in the streets, people would stop us, using Lucy as an excuse to pet while sharing their aches, and asking for a virtual hug of comprehension and love.

After a week, we left Surfside significantly moved. We were moved by the pain and moved by the love shown by the community to combat that pain. While what had happened was a horrible, indescribable loss, the love that was distributed all around the neighborhood was compelling and brought about a lot of healing. We were blessed to be able to have gone there and learned from the community the power that can come from caring for and supporting one another.

From this experience, I learned just how important the ability to improvise together with my Animal-Assisted Crisis Response dog truly is. The magnificent addition to the intervention, providing an ice-breaker opportunity for the intervention to begin, created bridges of connection between me and the survivors as well as those who lost loved ones in the collapse. Lucy, my dear partner, provided me not only with unique opportunities to help the families and first responders but made me realize the importance of this tool.

Thanks to this understanding, I sharpened my focus on my Ph.D. dissertation research regarding Animal-Assisted Crisis Response in Israel and the need for a proper protocol to be put in place so that we could expand the K-9 unit inside the Psychotrauma and Crisis Response Unit. I have spent the last year working on my doctorate to provide the best help possible to survivors of trauma and their families both in Israel and abroad. I look forward to bringing the new tools I have learned over the past year back out into the field. While I hope that there is never another situation like the tragedy that occurred in Surfside a year ago, I know that now, I will be better equipped to deal with any crisis, large or small, in part, thank to what I learned there. The community in Surfside will always hold a dear place in my heart. 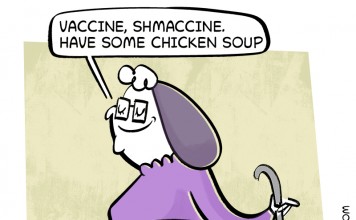