Agudath Israel of America on Sunday welcomed last week’s Supreme Court’s ruling that canceled the landmark, 1973 Roe v. Wade “a historic development” which they pray will inspire all Americans to appreciate the moral magnitude of the abortion issue, and to embrace a culture that celebrates life.

“Agudath Israel has long been on record as opposing Roe v. Wade’s legalization of abortion on demand. Informed by the teaching of Jewish law that fetal life is entitled to significant protection, with termination of pregnancy authorized only under certain extraordinary circumstances, we are deeply troubled by the staggering number of pregnancies in the United States that end in abortion.

We do not seek to impose our religious beliefs on the broader American society. We are of the view, however, that society, through its laws, should promote a social ethic that affirms the supreme value of life. Allowing abortion on demand, in contrast, promotes a social ethic that devalues life.”

The Union of Orthodox Jewish Congregations of America (OU), was sober in its response, saying it is “unable to either mourn or celebrate the US Supreme Court’s overturning of Roe v Wade. We cannot support absolute bans on abortion—at any time point in a pregnancy—that would not allow access to abortion in lifesaving situations. Similarly, we cannot support legislation that does not limit abortion to situations in which medical (including mental health) professionals affirm that carrying the pregnancy to term poses a real risk to the life of the mother.”


In that, the OU offered the most accurate dissertation of the principles of Jewish law regarding the termination of pregnancy, namely that in the first 40 days, the embryo is not considered to have a soul yet and so can be aborted without legal considerations; and starting on day 41, the equation is between the health of the mother versus the health of the fetus: existing-life versus potential life. This is why the OU’s statement includes mental health professionals among those who weigh the need for an abortion.

However, the OU stated that the “right to choose” is “completely at odds with our religious and halachic values,” and that “legislation and court rulings that enshrine such rights concern us deeply on a societal level.”

Therefore, according to the OU, “legislation and court rulings, federally or in any state, that absolutely ban abortion without regard for the health of the mother would literally limit our ability to live our lives in accordance with our responsibility to preserve life.”

The Jewish state approves and assists women in the abortion process in the following cases:

In Israel, women have free, legal access for the first 9 weeks of pregnancy to Mifepristone, also known as RU-486, which causes a medical abortion during pregnancy and is 97% effective during the first 63 days of pregnancy. Surgical abortion is available in most private medical institutions in Israel through the 12th week.

A group calling itself Efrat is dedicated to helping pregnant women decide to avoid an abortion, offering women reliable and honest information to empower them to make an informed decision, including access to individual halachic rulings appropriate for the woman’s situation. The group says it has thousands of volunteers throughout Israel to assist these women with all their needs. Among other things, Efrat offers practical assistance immediately after birth and for the first two years of the baby’s life: a crib, baby bath, stroller, baby clothes, essentials, supplies of diapers, wipes, and food for the family as needed.

This post has been updated with part of the latest statement from Agudath Israel. 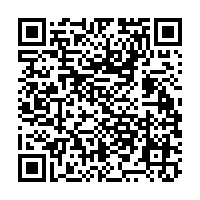