Leaders from around the world on Wednesday took to social media to congratulate Prime Minister Benjamin Netanyahu for winning the election and securing his term as prime minister for the fifth time.

The first to do so was Austrian Chancellor Sebastian Kurz, who tweeted “congratulations to Prime Minister Netanyahu for an excellent showing in yesterday’s national elections.”

“I am looking forward to working with you in the future, for the benefit of the people of Israel and the people of Austria,” he added.

“My dear friend Bibi, Congratulations!,” he wrote. “You are a great friend of India, and I look forward to continuing to work with you to take our bilateral partnership to new heights.”

“Good job to my friend Bibi Netanyahu and a hug to the people of Israel,” Italy’s Deputy Prime Minister Matteo Salvini, who visited Israel in December, tweeted.

Less than 24 hours after his victory, Netanyahu has commenced with negotiations to form his government. 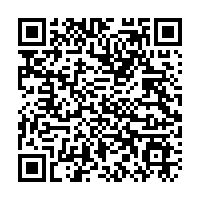