On Wednesday, the Likud campaign’s gloves came off in their dealing with Itamar Ben Gvir’s Otzma Yehudit, and for the first time Netanyahu’s party started calling on rightwing voters to abandon Otzma, since it is nowhere near getting past the threshold vote. Ben Gvir has been claiming his list is “just 10,000 votes short” of 3.25%, but Likud insists it is at least one percentage point below that, which means that a vote for Otzma is likely to kill 2.5 rightwing mandates.

Likud decided to go green Hulk on Ben Gvir after his campaign launched ads featuring Prime Minister Benjamin Netanyahu in a split screen with Ben Gvir, headlined: “Love Netanyahu, Vote Ben Gvir.” That was too much.

At which point, Likud MK Miki Zohar launched a love-bombing campaign to convince Noam, another Orthodox Jewish religious, right-wing political party, born July 2019, that it should drop out of the race so that the rightwing parties that do make it receive their votes.

Yamina chairwoman Ayelet Shaked on Thursday called on Noam voters, saying “It’s better that anyone who contemplate voting for the Noam Party, vote instead for United Torah Judaism,” so that in the end the rightwing block as a whole won’t be harmed.

Led by Rabbi Zvi Thau, dean of Har Hamor Yeshiva, Noam and its followers believe that Habayit Hayehudi, led by Naftali Bennet and Ayelet Shaked until earlier this year, and now by Rabbi Rafi Peretz, and Tkuma’s Bezalel Smotrich, have not been dedicated enough to promoting pushed Jewish values – particularly in the realm of opposition to LGBT rights, protection of the Shabbat as a day of rest, and the protection of the Orthodox conversion process.

On Tuesday, MK Zohar visited the Noam party headquarters in Jerusalem, and among the proposals he put on the table was closing down the mixed section by the southern Kotel, the only foothold of the Reform and Conservative movements there. 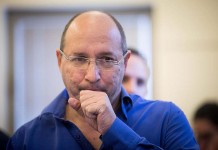 Likud, Blue&White at Loggerheads over Committee to Appoint Judges 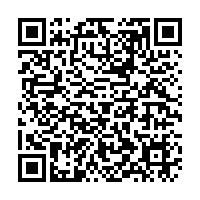