In the course of setting out the laws of war, the Torah adds a seemingly minor detail that became the basis of a much wider field of human responsibility, and is of major consequence today. The passage concerns a military campaign that involves laying siege to a city:

“When you lay siege to a city for a long time, fighting against it to capture it, do not destroy its trees by putting an axe to them, because you can eat their fruit. Do not cut them down. Are the trees people, that you should besiege them? However, you may cut down trees that you know are not fruit trees and use them to build siege works until the city at war with you falls” (Devarim 20: 19-20).

War is, the Torah implies, inevitably destructive. That is why Judaism’s highest value is peace. Nonetheless, there is a difference between necessary and needless destruction. Trees are a source of wood for siege works. But some trees, those that bear fruit, are also a source of food. Therefore, do not destroy them. Do not needlessly deprive yourself and others of a productive resource. Do not engage in a “scorched earth” tactic in the course of war.

The Sages, though, saw in this command something more than a detail in the laws of war. They saw it as a binyan av, a specific example of a more general principle. They called this the rule of bal tashchit, the prohibition against needless destruction of any kind. This is how Maimonides summarizes it: “Not only does this apply to trees, but also whoever breaks vessels or tears garments, destroys a building, blocks a wellspring of water, or destructively wastes food, transgresses the command of bal tashchit” (Hilchot Melachim 6:10). This is the halachic basis of an ethic of ecological responsibility.

What determines whether a biblical command is to be taken restrictively or expansively? Why did the Sages take this seemingly minor law to build out a wide halachic field? What led the Sages in the direction they took?

The simplest answer lies in the word “Torah.” It means law. But it also means: teaching, instruction, direction, guidance. The Torah is a lawbook like no other, because it includes not only laws but also narratives, genealogies, history, and song. Law as the Torah conceives it is embedded in a larger universe of meanings. Those meanings help us understand the context and purpose of any given law.

So it is here. First and foremost is the fact that the earth is not ours. It belongs to its Creator, to God Himself. That is the point of the first chapter of the Torah: “In the beginning, God created…” He made it; therefore, He is entitled to lay down the conditions within which we live in it as His guests.

The logic of this is immediately played out in the story of the very first humans. In Bereshit perek 1, God commands humanity: “Fill the earth and subdue it. Rule over the fish in the sea and the birds in the sky and over every living creature that moves on the ground” (1:28). “Subdue” and “rule” are verbs of dominance. In Bereshit perek 2, however, the text uses two quite different verbs. God placed the first man in the Garden “to serve it [le’ovdah] and guard it [leshomrah]” (2:15). These belong to the language of responsibility. The first term, le’ovdah, tells us that humanity is not just the master but also the servant of nature. The second, leshomrah, is the term used in later biblical legislation to specify the responsibilities of one who undertakes to guard something that is not their own.

How are we to understand this tension between the two opening chapters? Quite simply: Bereshit perek 1 tells us about creation and nature, the reality mapped by the natural sciences. It speaks about humanity as the biological species, Homo sapiens. What is distinctive about humans as a species is precisely our godlike powers of dominating nature and exercising control of the forces that shape the physical world. This is a matter of fact, not value, and it has increased exponentially throughout the relatively short period of human civilization. As John F. Kennedy put it in his inaugural presidential address: “Man holds in his mortal hands the power to abolish all forms of human poverty and all forms of human life.” Power is morally neutral. It can be used to heal or wound, build or destroy.

Bereshit perek 2, by contrast, is about morality and responsibility. It tells us about the moral limits of power. Not everything we can do may we do. We have the power but not the permission; we have the ability but not the right. The earth is not ours. It belongs to God who made it. Therefore we are not the owners of nature but its custodians. We are here to serve it and care for it.

This explains the story that immediately follows, about Adam, Chava, the serpent, and the forbidden fruit. What the fruit was, why the serpent spoke, and what was the nature of the first sin – all these are secondary. The primary point the Torah is making is that, even in paradise, there are limits. There is forbidden fruit. Not everything we can do may we do.

Few moral principles have been forgotten more often and more disastrously. The record of human intervention in the natural order is marked by devastation on a massive scale. Within a thousand years, the first human inhabitants of America had traveled from the Arctic north to the southernmost tip of Patagonia, making their way through two continents and, on the way, destroying most of the large mammal species then extant, among them mammoths, mastodons, tapirs, camels, horses, lions, cheetahs, and bears.

When the first British colonists arrived in New Zealand in the early nineteenth century, bats were the only native land mammals they found. They discovered, however, traces of a large, ostrich-like bird the Maoris called “moa.” Eventually skeletons of a dozen species of this animal came to light, ranging from three to ten feet high. The remains of some twenty-eight other species have been found, among them flightless ducks, coots, and geese together with pelicans, swans, ravens, and eagles. Animals that have not had to face human predators before are easy game, and the Maoris must have found them a relatively effortless source of food.

A similar pattern can be traced almost everywhere human beings have set foot. They have consistently been more mindful of the ability to “subdue” and “rule” than of the responsibility to “serve” and “guard.” An ancient Midrash sums this up, in a way that deeply resonates with contemporary ecological awareness: When God made Adam, He showed him the panoply of creation and said to him: “See all My works, how beautiful they are. All I have made, I have made for you. Take care, therefore, that you do not destroy My world, for if you do, there will be no one left to mend what you have destroyed.” (Kohelet Rabbah 7:13).

Environmental responsibility seems to be one of the principles underlying the three great commands of periodic rest: Shabbat, the Sabbatical year, and the Jubilee year. On Shabbat all agricultural work is forbidden, “so that your ox and your donkey may rest” (Shemot 23:12). It sets a limit to our intervention in nature and the pursuit of economic growth. We remind ourselves that we are creations, not just creators. For six days the earth is handed over to us and our labors, but on the seventh we may perform no “work,” namely, any act that alters the state of something for human purposes. Shabbat is thus a weekly reminder of the integrity of nature and the limits of human striving.

What Shabbat does for humans and animals, the Sabbatical and Jubilee years do for the land. The earth too is entitled to its periodic rest. The Torah warns that if the Israelites do not respect this, they will suffer exile: “Then shall the land make up for its Sabbatical years throughout the time that it is desolate and you are in the land of your enemies; then shall the land rest and make up for its Sabbath years” (Vayikra 26:34). Behind this are two concerns. One is environmental. As Maimonides points out, land which is over exploited eventually erodes and loses its fertility. The Israelites were therefore commanded to conserve the soil by giving it periodic fallow years, not pursuing short-term gain at the cost of long-term desolation (Moreh Nevuchim 3:39). The second, no less significant, is theological: “The land,” says God, “is Mine; you are but strangers and temporary residents with Me” (Vayikra 25:23). We are guests on earth.

Another set of commands is directed against over-interference with nature. The Torah forbids crossbreeding livestock, planting a field with mixed seeds, and wearing a garment of mixed wool and linen. These rules are called chukim or “statutes.” Rabbi Samson Raphael Hirsch (Germany, 1808–1888) in the nineteenth century, like Nachmanides six centuries earlier, understood chukim to be laws that respect the integrity of nature. They represent the principle that “the same regard which you show to man you must also demonstrate to every lower creature, to the earth which bears and sustains all, and to the world of plants and animals.” They are a kind of social justice applied to the natural world: “They ask you to regard all living things as God’s property. Destroy none; abuse none; waste nothing; employ all things wisely…. Look upon all creatures as servants in the household of creation” (Nineteen Letters, Letter 11).

So it was no accident that Jewish law interpreted the prohibition against cutting down fruit-bearing trees in the course of war as an instance of a more general prohibition against needless destruction, and more generally still, against acts that deplete earth’s non-renewable resources, or damage the ecosystem, or lead to the extinction of species.

Václav Havel, former president of the Czech Republic, made a fundamental point in The Art of the Impossible: “I believe that we have little chance of averting an environmental catastrophe unless we recognize that we are not the masters of Being, but only a part of Being.” That is why a religious vision is so important, reminding us that we are not owners of our resources. They belong not to us but to the Eternal and eternity. Hence we may not needlessly destroy. If that applies even in war, how much more so in times of peace. “The earth is the Lord’s and all that is in it” (Tehillim 24:1). We are its guardians, on behalf of its Creator, for the sake of future generations. 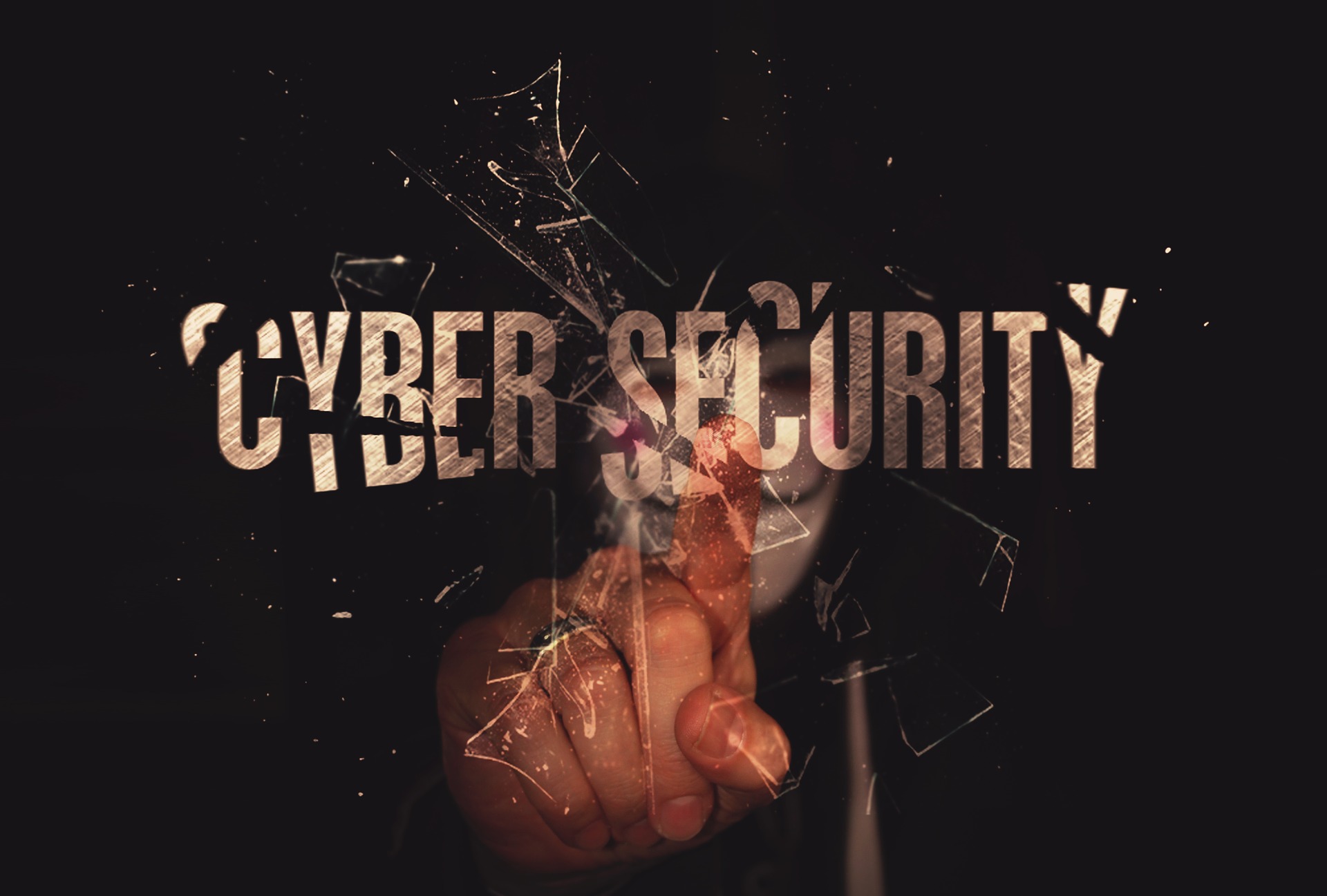 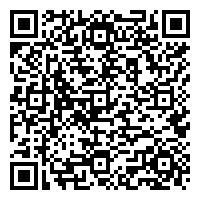