“There have been zero successful cyber-attacks on critical national infrastructures in the past year,” Yigal Unna, Director General of the Israel National Cyber Directorate (INCD), said on Wednesday at CyberTech Tel Aviv.

The cyber incident breakdown that was reported this year to the INCD’s National Computer Emergency Response Team (CERT) counted approximately 8,600 reports and alerts, over half, 4,415, were received from the public and from organizations at the INCD operational center based in Be’er Sheva.


The rest came from detection systems. Around two thirds, 3,233 of the reports from the public and organizations, were verified after evaluation as cyber incidents – attempted infiltrations to variously-rated computer systems.

Of the reports that were declared cyber incidents, 48% were reports about intrusions, while 21% were reported information gathering and compromise, 15% were phishing. The other reports dealt with vulnerabilities in computer systems at 7%, malware at 5%, availability of service and authorization.

Speaking on trends in cyber-terrorism in the past year, Unna pointed out that there has recently been a global “worrying increase” in Wiper cyberattacks that involve the wiping, overwriting or removing of data from a victim’s computer.

“Attacks designed to steal information are very widespread this year but recently we have begun to see an escalation in attacks designed to destroy information,” he said, noting attacks on the supply chain of an organization, ransomware attacks, DNS hijacking and Zero and one-Day attacks.

Unna underscores that “speed is the name of the game in cyber. The race is against the clock and, therefore, Israel is taking an initiated approach that views the critical vulnerable points in infiltrating organizations’ information systems and activity to close them quickly. The goal is to prevent the possibility of a broad cyberattack against the economy.”

Unna also presented the INCD’s proactive activity to reduce exposure of economic organizations to cyberattacks. As part of this activity, the INCD, within three months, contacted more than 3,000 organizations with specific guidelines on how to prevent a certain kind of cyberattack.

The INCD also conducted activity this year to reduce organizations’ exposure to a severe security weakness that was revealed in the SSL-VPN technology that mainly serves for remote-access links to the organization.

As a result of this activity, 95% of the interfaces that were exposed to a threat in the economy were closed, and Israel has been ranked first as the fastest in the world according to Bad Packets publication (Pulse Secure VPN).

Unna explained that “the highest rated man-made threat in the world is the cyber threat. But the biggest threat is also the easiest in the world to deal with. It starts on the level of the citizen, goes to organizations and then to the state. The strongest and most qualitative defense is based on sharing information, innovation, a supportive work environment and an industry-academia-government-military eco-system.”

Regarding the future technological threats, Unna told Cybertech, “Artificial intelligence is the new battlefield that will accompany us in the near future.”

Israel is considered a global leader in the cybersecurity business, and approximately 25 percent of all global investments in cybersecurity go to Israel.

Israel has developed advanced security protocols, as cyber-attacks on Israel have risen exponentially in the past several years, reaching up to two million attacks against crucial Israeli infrastructure on a daily basis.

Israel’s rise as one of the world’s leaders in cybersecurity has been boosted by cooperation between the military, government, education and private sectors, a level of partnership unmatched in the Western world. 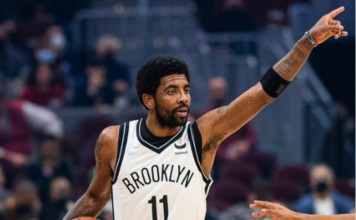 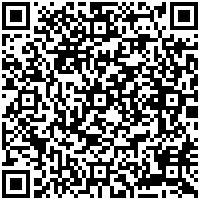