A large-scale dairy project will be built at a cost of $150 million in South Sudan, a country whose milk production is very low and mainly based on local farms supplying only local markets. The project is being designed by Alef Bet Planners Ltd. for Indian developers and it is expected to integrate several Israeli dairy companies.

The project, one of the largest on the African continent, is expected to include five dairy farms, each housing some 2,000 cows, attached to advanced milking parlors. Dafna Regev, Business Development Manager at ABP said planning the project has been a complex task, since it requires offering numerous solutions, especially in infrastructure: providing clean water, a reliable and continuous source of electricity, feed for the cows, imported or domestic, as well as a system that would facilitate moving and marketing milk and milk products across the country in refrigeration. The cowsheds will be furnished with cooling systems to ease the discomfort of the cows in the hot weather.

Over the past few years the Israeli cowshed model has been used successfully in many places around the globe, including China, the US and Russia. The largest Israeli dairy project to date was built in Vietnam and has ushered a revolution in dairy consumption habits in that country. The ABP connection with the Indian investors followed several dairy farm projects the Israeli company designed in past years in India.

South Sudan, which gained independence in 2011, is made up of the 10 southern-most states of Sudan. It is one of the most diverse countries in Africa, home to more than 60 different major ethnic groups, most of whom are Muslim or Christian. Independence has not brought peace to South Sudan, as the 2013-2015 civil war has displaced 2.2 million South Sudanese. 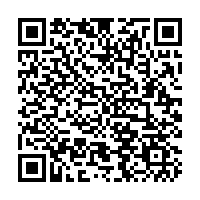