Israeli citizen Shmuel Benalal, 58, from Tzur Hadassah, was among the 20 victims killed by Islamist gunmen in Mali’s capital of Bamako on Friday. Two Al Qaida groups—Al Qaeda in the Islamic Maghreb and El Mourabitoune—claimed responsibility for the bloody attack and siege. Benalal is survived by his wife and three children. His family told Walla: “We are shocked and grieving. We hope that all the relevant parties are working with all the means at their disposal to bring him to us as soon as possible.”

Benalal was CEO of “Telos,” a consulting firm specializing in educational and social international development, and was staying in Mali as part of his work. Born in Venezuela, he served as senior adviser to governments in Eastern Europe, Latin America and Southeast Asia. Earlier in his career, he was involved in developing Jewish education and ran a school in Mexico.


Relatives of Benalal said on Saturday that his body had been identified by a Mali government minister who worked with him. Israel’s Foreign Ministry reported that another Israeli who was in the hotel had been rescued.

As many as 12 gunmen entered the Radisson Blu hotel on Friday morning, shooting their way in their vehicle that carried diplomatic license plates through a security barrier, according to media reports. They held up 170 guests, from France, Turkey, the US, Israel and China and staff at the hotel. A few hours later, security forces moved in and began battling the gunmen. Mali TV reported 80 hostages escaped, later the hotel’s owners, the Rezidor group, announced that 125 guests and 13 staff were still inside. According to AP, about 40 French special police forces were taking part in the fighting, alongside US special forces. Also, UN “quick-reaction” forces were deployed. France maintains a force of about 1,000 troops in Mali. Most of the hotel guests and staff were freed by the special forces attack which ended the siege. 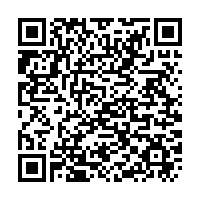