The Israeli Health Ministry, which is headed by an ultra-Orthodox Minister, Rabbi Yakov Litzman (UTJ), is planning to distribute to new parents a detailed document dealing with the risks and advantages of the circumcision ritual. The document will include a segment recommending against applying direct Metzitzah B’Peh, which many doctors say increases by 350% the chance of infecting the newborn baby with herpes simplex.

The process has the mohel-ritual circumciser place his mouth directly on the circumcision wound to draw blood away from it. The majority of Jewish circumcision ceremonies do not apply metzitzah b’peh, using a special tool instead, but some ultra-Orthodox Jews use it. It has been documented that the practice poses a serious risk of spreading herpes to the infant. In New York City, the ultra-Orthodox community fought the local health department over this issue, which became a feature in several mayoral elections.


The purpose of the act is to renew the flow of blood in the traumatized organ after the circumcision, to prevent necrosis, and not, as some in the Israeli media have written, a matter of hygiene. For hygiene, Jews traditionally use a damp cloth.

Director of the Circumcision Department of the Chief Rabbinate Rabbi Moshe Marciano told Ha’araetz he supports the initiative to provide parents with ample information in preparation for the Brit Milah. Others in the chief rabbinate were concerned that the move might harm the mohalim.

Each year about 70,000 circumcisions take place in Israel, including in the Muslim population, which also uses Jewish mohalim. The rate of complications resulting from circumcision is low, about 70 cases a year, the vast majority of which are not serious.

The move for issuing information to parents on the ritual began with concern by medical doctors regarding infecting babies with herpes. According to the Israeli Association of Pediatrics, the rate of herpes infections in newborns is 8.4 cases in 100,000 births. In 10% of the cases, the source of infection is oral, coming from the parents, a caretaker or a mohel. 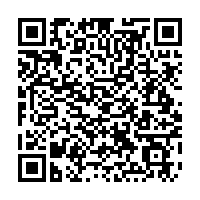