Israeli scientific breakthroughs are restoring freedom and ease to the lives of millions of patients throughout the world.

A breakthrough medical smartphone devised by an Israeli company will not only enable patients to consolidate ongoing medical tests and diagnostics in one handy place, but will also provide them the freedom of travel and ease of use lost with conventional medical monitoring.

LifeWatch Technologies , based in Rehovot, has introduced the new LifeWatch V Android-based phone, the first of its kind smartphone device to measure blood glucose levels, oxygen saturation, blood glucose levels, stress levels, heart rate, and body temperature, as well as chart diet, provide reminders to take medications, and even measure daily activity through embedded sensors.  Data and results are provided to the user and to third parties such as healthcare providers or caretakers, via email or text message.  The device wirelessly interacts with a remote cloud-based environment, enabling users to take advantage of related complementary medical and wellness-related services.  And it makes and receives regular phone calls. Medical information will also be sent to one of LifeWatch’s US emergency call centers – one for each time zone – with a center currently in development in Israel.

CEO Dr. Yacov Geva told Israeli science and technology website Israel21c that the device is particularly useful in managing chronic conditions such as diabetes, and said he thinks it is particularly appropriate for children, because it will not only enable parents to monitor health data while permitting children to conduct normal lives at school and elsewhere away from home, but will allow parents to keep an eye on the regularity of testing so they can provide reminders if they see a test is being missed during the day.

The stainless steel-framed phones will be manufactured by TechFaith Wireless Communication Technoogy of China according to Israeli specs and industrial design, and will provide interface options in Hebrew, English, Italian, Russian, Japanese, Spanish, Portuguese, and Chinese.  The device will cost between $500 and $700 a unit, and will likely be on the market next year, pending approval in the EU and the US.

New technology may be developed to assist the speech of those unable to communicate due to paralysis or disability, thanks to a joint study between scientists at Haifa’s Technion and UCLA who have uncovered how brain cells encode the pronunciation of vowels in speech.

Published in the journal Nature Communications, the study showed that different parts of the brain are engaged in the pronunciation of different vowel sounds.

The study was conducted by Professor Shy Shoham and Dr. Ariel Tankus of the biomedical engineering faculty at Haifa’s Technion and Professor Itzhak Fried of Tel Aviv Sourasky Medical Center, in partnership with the neurosurgery department at the University of California at Los Angeles.

The study was based on knowledge about the brain’s predictable responses to bodily movements, and followed 11 American epileptics whose conditions could not be controlled with medication.

Data was gathered when the patients, who suffered from damaged portions of the brain, had electrodes implanted in their brains to measure neuron activity as they spoke.

The team studied how and where the neurons encoded vowel articulation, and learned that the two parts of the brain associated with the saying of vowels respond in different ways and to different vowels.

The scientists lauded the discovery as a potential starting point for developing neuro-prosthetic devices or brain-machine interfaces to decode the brain’s firing pattern for speech.

Providing freedom from severe clinical depression which has not responded to medication or therapy, the doctors at Hadassah University Hospital, Ein Karem are performing a radical experimental procedure involving a “brain pacemaker”, which will provide Deep Brain Stimulation via electrodes implanted in the patients’ brains.  Four Israeli patients are taking part in the trial, and another six are being recruited.

The treatment  is covered in Israel by medical insurance, with patients being eligible only after failing at least three different drug treatments and electro-convulsive therapy.

The new device will deliver electric currents to areas of cranial overactivity to help regulate the mood.

So far, the treatment has achieved a 70 percent success rate. 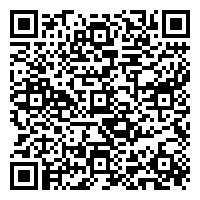