“The ironic thing is that Dr. Berko really provided us with so much information about the lives of these [attempted or trained homicide bomber] women, she gave them a voice no one else has,” Gridi marveled, “yet these SJP students who walked out without listening to what Dr. Berko said complained that those woman should have a voice and that’s why Berko should not have been invited to campus.

“You know, it’s a perfect metaphor for the peace process,” Gridi continued, “they like to yell and scream, but they won’t listen.”


Gridi was also referring to an op-ed by what purport to be three of the four SJP students who walked out of Berko’s talk. The op-ed was published on Sunday, Oct. 13 in the Alligator, the school newspaper.

The hecklers complained about the event “they attended” and went on to describe Berko’s talk, her “faux feminism” and described Berko, a “representative of the occupation,” as screaming and threatening them and having “a zero-tolerance policy for any sort of dissent.”

There must be something in the water in the great state of Florida (in addition to alligators), because the student responses to the op-ed summarily reject the flabby SJP demonstration, their empty rhetoric and the absurdity of criticizing a talk which the authors even acknowledge they hadn’t attended. 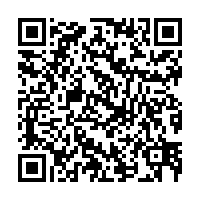