Organizers of the Carnival of Aalst (in Belgium) are under fire again after they released carnival ribbons ridiculing UNESCO and Jews, in honor of the 2020 edition of the Carnival. This comes after the same organizers were condemned for anti-Semitism in 2019.

European Jewish Association Chairman Rabbi Menachem Margolin said it was now clear that UNESCO, due to make a decision this December on whether it should keep the carnival on the World Heritage list, must in fact remove any association or sponsorship of the event.

The Mayor of the city was already summoned to UNESCO headquarters in Paris in September 2019 to argue that the previous Carnival procession was not anti-Semitic.

This, after the Carnival depicted caricatures of Orthodox Jews with hooked noses standing on chests of money surrounded by rats.

The Carnival ribbons for the 2020 edition might cause a new problem as it depicts stereotypical anti-Semitic caricatures of Jews. The ribbon makers say this is the spirit of the Carnival, and they make fun of everyone. But somehow, that doesn’t wash.

In his statement, Margolin said: “A one off is a one off and we hoped that this was the case with the disgusting images at last year’s carnival. Instead these ribbons represent a willful desire to offend.

“The thing about a joke is that it is supposed to make everyone laugh. And we Jews have a fantastic sense of humor. But no Jew anywhere in Europe is laughing.

“Instead we recoil in disgust at the grotesque way that carnival seeks to portray us, money grabbing, greedy and big nosed. Why? Because it is straight out of the Nazi playbook. It is dangerous. It seeks to set apart Jews from mainstream Belgian society. And its offensive. Full stop.

“I will be writing to UNESCO to demand it ceases to fund or associate in any way with this carnival from now on. The Carnival itself is now beyond the Pale and we expect nothing from people who get their humor kicks from kicking Jews. This is supposed to be 2019, not 1939.”

The text of the rabbi’s letter to UNESCO Director-General Azoulay follows.

Last year Jews across Europe reacted with disgust at the procession of the UNESCO supported Aalst Carnival in Belgium. You will of course remember that the floats depicted the most grotesque and anti-Semitic caricatures of Jews: Hooked noses, side locks, standing on chests of money surrounded by rats.
We hope that the furor resulting from that would mean that this was a one off.

Instead we have learned that participants at the carnival – ahead of the event – have printed and produced “collectible” ribbons where these caricatures again appear. Apparently they proudly proclaim that “we make fun of everyone” and take a jab at UNESCO too.

We Jews are renowned for our sense of humor. But not a single Jew is laughing today. Instead we recoil in disgust at the grotesque way that carnival seeks to portray us: money grabbing, greedy and big nosed. These images are straight out of the Nazi playbook. They are dangerous. They seek to set apart Jews from mainstream Belgian society. And they are of course offensive.

Madam, we understand your organisation was due to review your association with the carnival in December. It is clear to us that the Carnival has now decided to move beyond the pale of acceptability and is in fact rejoicing in its antagonism of Jewish people through such dangerous and offensive representations of us. We expect nothing from them.

However, we cannot imagine why UNESCO would want to be associated with such an event and we are calling on you, if you haven’t done so already, to distance your organisation from the Aalst carnival and have nothing to do with it whatsoever from here on in.

I thank you for your urgent consideration, Madam, and look forward to your reply. 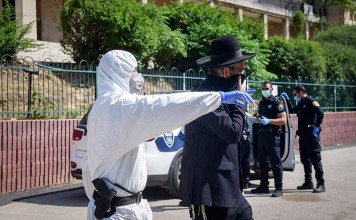 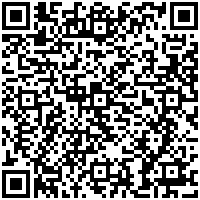