As negotiations between the United States and Iran to re-enter the Iran nuclear deal, officially the Joint Comprehensive Plan of Action (JCPOA), has paused due to Iranian demands, a Democratic member of Congress defended himself on Tuesday against accusations of being an Israel-firster after comments he made at a webinar sponsored by AIPAC were criticized by a J Street executive.

During the webinar, Rep. Ritchie Torres (D-N.Y.) was asked by Alex Bronzo, AIPAC’s assistant director of policy and government affairs, why he previously said that he would have a hard time supporting an Iran deal that would remove Iran’s Islamic Revolutionary Guard Corps (IRGC) from the list of Foreign Terrorist Organizations (FTO), something that is currently being considered by American negotiators and demanded by Iran as part of the negotiations in Vienna.


Torres replied that he thought it was strange that Iran was seeking sanctions relief under the deal while having recently attacked a U.S. consulate in Irbil, Iraq. He further pointed out that the negotiations are being conducted with Russia, which started a war in Ukraine opposed by the United States and most of the Western world, “as though they’re an honest broker.”

Iran, he said, was the world’s leading sponsor of terror through the IRGC, especially its brutal Quds Force.

“You know, wherever you have a failed state in the Middle East—whether it’s Yemen or Lebanon or Iraq or Syria—you have the tentacles of the Iranian government, of the Quds Force, which is responsible for the deaths of hundreds of thousands, maybe even millions of people,” Torres answered during the webinar.

“And I try to approach the issue not from the perspective of an American, but from the perspective of an Israeli, and what I tell my fellow Americans is how would you feel if one of your allies had lifted sanctions on the Taliban and Al-Qaeda in the immediate aftermath of 9/11? That is how Israelis felt about the United States lifting sanctions on Iran, which finances an endless stream of terror against the Israeli people,” said Torres. “So, instead of rushing to pass harsh judgment on Israel, I think we all have to understand the mindset of Israelis and the genuine anxiety that Israelis have about the growth of Iranian terrorism in the region.”

The comments set off a flurry on Twitter after J Street’s senior vice president, Dylan Williams, tweeted to Torres: “Shouldn’t a U.S. lawmaker approach it from the perspective of U.S. interests?”

“J Street is more critical of Torres than terrorists,” AIPAC tweeted while retweeting the comment by Williams and saying that Torres was right to offer the global perspective about the dangers of removing the IRGC from the foreign terrorist list—an organization that it said was responsible for the deaths of some 600 U.S. service people.

Torres also replied to Williams, saying that he was taking his comments out of context, “reframing empathy for a U.S. ally as though it were a form of ‘dual loyalty.’ ”

“The fact that I might hold an opinion that differs from yours does not mean I care about America any less than you do,” rebutted Torres. “Your tweet is a cheap shot.” 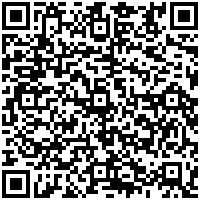