A top Presbyterian reverend on Sunday accused Israel of enslaving the “Palestinians”, and American Jews of not doing enough to stop it.

“The continued occupation in Palestine/Israel is 21st-century slavery and should be abolished immediately,” said Rev. Dr. J. Herbert Nelson II, Stated Clerk of the General Assembly for the Presbyterian Church USA. “Given the history of Jewish humble beginnings and persecution, there should be no ambiguity as to the ethical, moral and dehumanizing marginalization and enslavement of other human beings.”

Nelson made the remarks during his Martin Luther King Day sermon, which has since been published on the Presbyterian Church USA website.

“The United States of America must be a major influencer of calling this injustice both immoral and intolerable,” he continued. “I would also hope that the Jewish community in the United States would influence the call to join the U.S. government in ending the immoral enslavement.”

Jewish leaders and organizations came out against the statements, which were made only one day after an armed terrorist took four Jews hostage in a Texas synagogue. The Jews made it out safely and the perpetrator was killed.

“To use the memory of Dr. Martin Luther King Jr. to make claims linking the Israeli-Palestinian conflict to enslavement and then call on the American Jewish community to use its ‘influence’ with the American government is not only unfair, but it is also dangerous,” said the Conference of Presidents of Major American Jewish Organizations in a statement. “The perception of ‘Jewish Power’ appears to have been a key part of the distorted motivation of the terrorist who held four people hostage less than 48 hours before Rev. Nelson’s hateful attack.”

The Jewish Federations of North America also reacted, calling the statement “unacceptable” and “distressing.” The organization said that “these kinds of distorted characterizations embolden extremists.”

The Presbyterian Church USA is an umbrella organization that is meant to bring together congregations, worshiping communities, mid councils, mission networks and other parts of the Church ecosystem, according to its website. 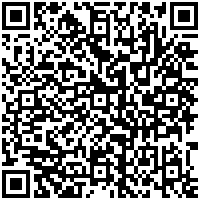