The 29th of November 1947 was a very important date in the history of the State of Israel, although its significance is lost on many Americans. Israelis are assumedly more knowledgeable, not to mention that every Israeli city has a 29th of November Street.

It was on this date that the United Nations voted on a partition plan for Palestine, to enable both a Jewish and an Arab State. The outcome of this vote (which would need a 2/3 majority to be enacted) was by no means a foregone conclusion. Israel’s ambassadors and friends worked feverishly to persuade countries to cast their vote for statehood.


Jews around the world gathered around the radio and made a check with a pencil for each country’s vote, holding their breath until the majority was achieved. After the vote, spontaneous dancing broke out in Jewish communities around the world, from Brooklyn to Tel Aviv.

What got the United States and President Truman to vote in favor will be the subject of a different column, but in the first place, Truman was reluctant to contradict his State Department. Secretary of State George Marshall and the Secretary of Defense, James Forrestal, were adamantly opposed to voting for statehood for Israel. The State Department and the CIA believed that Israel did not have a prayer to prevail against the Arab countries that would wage war against it, and they feared that hundreds of thousands of U.S. troops would be called in to save Israel.

To better understand the turmoil in the White House and how precarious Israel’s odds of securing a majority vote were, we must better comprehend the unexpected situation that was thrust upon Harry S Truman. As detailed by Dr. Allis Radosh, author of Safe Haven: Harry S Truman and the Founding of Israel, the new president had abruptly found himself in the White House after FDR’s sudden death on April 12, 1945.

Foreign policy was never Truman’s strong suit, and after 10 years in the Senate he was much more comfortable with domestic policy. Still, he felt that the one issue that he could competently handle himself – without the assistance of State Department officials – was the situation of the Jews after the Holocaust and the future of Palestine. Never could he have imagined how erroneous his assessment was.

President Truman’s daughter, Margaret, said that what her father had imagined would be easy to manage turned out to be the most difficult dilemma of his entire administration. This is a remarkable confession about a president who was always aware of the fact that he was not elected, and who had to end World War II, put his country back on peacetime footing, deal with the Cold War and the Soviet Union, and help reconstruct Europe.

Eight days after he was sworn into office, Truman was visited by a Zionist delegation headed by Rabbi Steven S. Wise. The president told his visitors that he supported the Zionist goals, but he was very concerned about the very vocal opposition of the State Department. The State Department informed the president that he should abandon the quagmire of the Jews and of Palestine and leave it for their experts. Otherwise, Palestine would likely require the involvement of hundreds of thousands of American troops, cost America a fortune, and undoubtedly cause World War III.

Truman was convinced that the most pressing, safest, and most humane solution was to get the 100,000 Jews languishing in the DP camps into Palestine (apparently, he was not aware that their number was much larger). The problem was that the British who controlled Palestine would not allow this. The British were tenaciously sticking to their White Paper, which very seriously limited the number of Jews that could arrive and forbade the sale of land to Jews.

On May 14, 1948, Harry Truman surprised the world and caused pandemonium in the UN by being the first to recognize the new State of Israel. Right after he did this, Truman called his advisor on Jewish affairs, David Niles, and said, “I am telling you before anyone else, as I know how much this will mean to you.”

Niles, who had also served in the same position under FDR, later claimed that had FDR lived and Truman not succeeded him, Israel would not exist. No one can say for sure what FDR would have done had he lived, but he had made conflicting statements and promises to both Arabs and Jews, telling them both what they wanted to hear. In fact, FDR, the quintessential politician, had made so many contradictory comments about Palestine that it was not even clear to those closest to him where FDR stood on the matter at the time of his death. 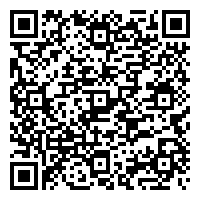