Police apprehended the suspect behind last month’s drive-by shooting of a 68-year-old man at the Young Israel of Greater Miami on Tuesday, thanks to him visiting the Hallandale Beach Police Department on Monday to report that his firearm had been lost from his Chevrolet Impala, which the police searched and matched to the shooting.

“He threw himself under the bus,” said Miami-Dade police spokesman Argmis Colome, as reported The Miami Herald. “That was a good one. He basically carried the evidence with him.”

Carlints St. Louis, 30, was arrested and charged with attempted felony murder, discharging a weapon from a car and aggravated battery on a person over 65.

Police have yet to say if he will be charged with a hate crime, as they have yet to determine a motive for the shooting.

St. Louis fired six shots at Yosef Lifshutz, with four of them striking his leg.

Hatzalah, the nonprofit emergency medical-service organization, was at the synagogue and assisted Lifshutz, who was brought to Aventura Hospital and Medical Center, where he underwent surgery.

The ammunition used to strike Lifshutz was found in the suspect’s car during the police search.

“Police said St. Louis had not driven the Impala since July 31. Instead, police said, he’s been driving a Toyota Corolla and parking the Impala at his Hallandale Beach apartment complex,” according to the Herald. “On Monday though, he broke that pattern, showing up at the police station in his Impala.” 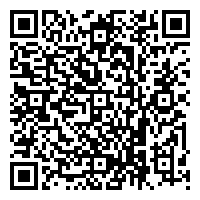