Antipater petitioned Pompey to reconsider his verdict. Some years later, both brothers were summoned to appear in Damascus. The Roman general now decided in favor of Hyrcanus, and in appointing him as ethnarch and high priest, positions he would hold for the next twenty-four years, fulfilled Shlomtzion’s original desire to be succeeded by her older son. Aristobulus quickly withdrew, surrendering all his fortresses. He would soon come to regret his timidity.

In truth, Pompey had an agenda of his own. He had concluded that Hyrcanus’s weak demeanor would make for an ineffective ruler, which would allow Rome to maintain effective control over Judah without having to fight to achieve it. As it was, he secured Roman dominion over the coastal, pagan cities, as well as those in Transjordan. Much of the apprehended land was given to his soldiers as rewards for a job well done. Those areas that remained under Hasmonean hegemony were not completely independent either. They effectively served as a client state to Rome, and were responsible to the Roman proconsul in Syria.

Such was the reality of the continued decline of the Hasmoneans. After a brief respite during the reign of the righteous Shlomtzion, this royal family continued to display the morally corrupt behavior that would eventually plunge the people into foreign subjugation and exile. Not again until the Great Rebellion of 66 CE would the Jewish people possess even fleeting political independence. By then it would prove to be too little, too late.

Later, Pompey marched his legions southward to Judah. The brothers could have used this final opportunity to unite against their lone legitimate foe but failed to do so. Aristobulus and his men made one last attempt to preserve Jewish independence, resisting the Romans from behind the walls of Jerusalem.

Eventually, the Roman siege and weaponry took their toll; the walls were breached. Some twelve thousands were slaughtered on the Temple Mount, many of them priests who had been engaged in the Temple service. Thousands of others were tortured. Most remarkable was that the service continued almost completely unabated, a display of tremendous religious self-sacrifice. In an act of open defiance, Pompey and his men entered the sanctuary. Yet, they did not defile it. Nor did they despoil it.

Pompey carried out a number of hurtful steps shortly after his victory. He ordered many of city and fortress walls leveled. He also raised taxes to an even higher rate. Aristobulus and four other family members were taken as captives, to be paraded through the streets of Rome as part of a grand victory procession.

For all intents and purposes, the Jewish homeland was now under foreign control. The Roman proconsul in Damascus oversaw the general area, which included Syria and Israel. Locally, despite Hyrcanus’s title, it was Antipater who held the real power. This combination presented much difficulty for the Jewish people, who felt themselves politically unrepresented.

Sadly, the years that immediately preceded the fraternal siege were the last ones of peace and tranquility the Jews would experience during the balance of the Hasmonean kingdom and the years that followed. From this point onward, Jewish life in the land of Israel would continually progress down a slippery slope toward discord, destruction, and exile.

Internally, Jewish political life would be wrought with strife and dissention. From without, foreign influence would continuously increase, the results being diminished autonomy and increased persecution. All told, these factors would ultimately close the book on an independent Jewish community in Israel

Rabbi Naphtali Hoff is Head of School at Torah Day School of Atlanta. He can be reached at nhoff@torahday.org. 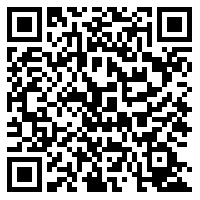