JERUSALEM – Expect to see new rounds of protests by Israeli investors and consumers against financially strapped business leaders and supermarket chains and food conglomerates that have raised prices drastically on basic foodstuffs over the past few months.

The frustration among local investors and consumers comes against the backdrop of a slowing Israeli economy, which is feeling the effects of the economic turmoil within the European Union. According to financial sources, the Israeli economy, which grew by nearly 5 percent last year, will grow at a rate of less 3 percent in 2012.

Israeli economists have speculated that the resignation of Bank Leumi CEO Galia Maor, who announced on Monday that she was stepping down after 17 years at Israel’s second largest bank, was a telltale sign that the Jewish state’s economy was entering a period of uncertainty.

In just the past few weeks, leading Israeli financial publications reported that local and foreign business owners in the EU owe tens of billions of dollars to Israeli banks including Bank Hapoalim and Bank Leumi. Bank of Israel Chairman Stanley Fischer has assured the Israeli public that local banks were fiscally sound despite the outstanding debts.

But Israelis are growing increasingly impatient and angry with moguls such as Yitzhak Tshuva (Delek Corporation), Ilan Ben-Dov (Tao Tsuot Ltd./Partner Communicatons) and Yossi Maimon (Ampal Corporation), who’ve lost billions of shekels through bad investments and have asked public and private corporate bondholders to forgive large portions of their debts.

An increasing number of Israelis who’ve invested in corporate bonds and stocks have threatened legal action against the tycoons unless they invest large sums of their personal money to cover their debts and agree to cease using corporate monies to provide stratospheric salaries and other perks to business associates and family members.

Meanwhile, prices on basic foodstuffs such as mayonnaise, tea, ketchup, tuna fish and soup mixes at major supermarkets such as Shufersal, Mega and Rami Levi have risen between 60 and 150 percent since the end of the Rosh Hashanah/Sukkot holiday season in October.

Bnei Brak social activist Yitzchak Alrov, who last summer spurred a nationwide protest against skyrocketing cottage cheese products via a simple Facebook campaign, is working with student leaders and other social justice activists to orchestrate another boycott unless the supermarkets and food conglomerates substantially cut their prices. 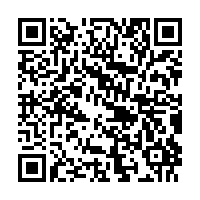