WASHINGTON – The Obama administration is engaged in a full-court press to persuade Israel that Iran’s nuclear threat can be contained short of war.

The U.S. lobbying has received a mixed reception from Israel, where the Netanyahu government has not ruled out a unilateral strike on Iran.

Iran, meanwhile, is taking an aggressive stance in response to mounting sanctions. Last week the Iranian naval chief, Adm. Habibollah Sayyari, threatened to close the Strait of Hormuz if Western sanctions intensified. The threat to close the strait – the passageway for oil from the Persian Gulf states – could presage a war, experts said.

“We may be further along the road to war than most people believe,” said Michael Adler, an Iran scholar at the Woodrow Wilson International Center for Scholars. Experts are divided as to the seriousness of the threat to cut off the strait and whether it will lead to war.

Adler said a direct confrontation between the U.S. and Iran may be inevitable, and that the two countries are headed down that road in “slow motion.”

“Don’t underestimate what the Americans have been saying,” he said, referring to the longstanding U.S. line that all options for dealing with Iran are on the table.

Stephen Rademaker, a former top nuclear arms negotiator in the administration of President George W. Bush, said the blowback Iran would suffer for shutting down the strait suggests that Sayyari was bluffing.

“It would be extremely difficult for them to close the strait for more than a brief period of time,” said Rademaker, now a principal at the Podesta Group, a lobbying shop and think tank. “The U.S. Navy knows how to keep waterways open.”

The resultant war also would give the U.S. a pretext to attack suspected Iranian nuclear sites, he said.

Anthony Cordesman, a former senior U.S. defense intelligence analyst who is now at the Center for Strategic and International Studies, wrote that the real threat was not the shutting of the strait – itself an act of war – but of “much lower level attacks which could sharply raise the risk to Gulf shipping.”

Iran also is flexing its military muscles, with an announcement last week that it would fire long-range missiles during a naval drill in the Gulf.

The aggressive posture from Iran comes in the wake of the Obama administration’s increased determination to cut off Iran’s economy as a means of shutting down its nuclear program – and its strenuous efforts to convince Israel’s government that it is serious about doing so.

At the most recent U.S.-Israel strategic dialogue on Dec. 1, the U.S. side, led by Deputy Secretary of State William Burns, laid out a detailed plan to accumulate international sanctions against Iran over the next few months. The Americans said their efforts could force Iran to back down from progressing on its suspected nuclear weapons plan or even precipitate regime change.

The plan involves two tracks: aggressive diplomacy engaging states that buy Iranian oil to stop doing so along with lining up other nations – Saudi Arabia, Libya and Iraq were named – to compensate for the estimated 2 million barrels a day that Iran’s isolation would cost the world’s oil markets.

The plan targets, among others, Iran’s Central Bank and its energy sector, and is aimed at squeezing the economy of Iran full force by March, when the International Atomic Energy Agency board next meets and when a new report on Iran’s nuclear weapons capacity is expected to be more damning than ever. Such reports in the past have triggered intensified international sanctions.

The Israelis at the meeting, led by Deputy Foreign Minister Danny Ayalon, seemed persuaded that the plan had a strong chance of rolling back Iran’s nuclear plans, according to officials who attended. They agreed with American caveats that sanctions must not be rushed.

“The worst thing would be to impose sanctions too soon, and then to have the price of oil go up and Iran profits,” one Israeli at the meeting was quoted as saying.

That reaction would have been a political and diplomatic triumph for the Obama administration – Israeli officials effectively were embracing a more moderate line than Congress, which in the following days passed a law calling for sanctions on the Central Bank to kick in almost immediately – except it apparently didn’t “take” in Jerusalem as Prime Minister Benjamin Netanyahu continued to press for a more immediate ratcheting-up of pressure on Iran, in part by hinting that Israel might take action alone.

Likening himself to Israel’s first prime minister, David Ben-Gurion, who declared statehood against the counsel of some allies, Netanyahu said in a speech – just days after the strategic dialogue – that he would “make the right decision at the right moment,” whatever allies counseled.

That was seen as a rebuke to Leon Panetta, the U.S. defense secretary, who a week earlier had warned that striking Iran could envelop the region in a conflagration. In subsequent weeks, the Obama administration took steps to reassure Israel that the option of a U.S. military strike was still very much on the table. Panetta said in an interview on CBS that for both Israel and the United States, an Iranian nuclear weapon was a “red line.” 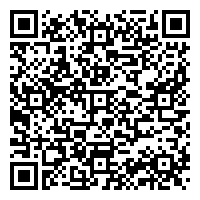