An Orthodox Jewish school in Houston, Texas will not be playing its scheduled semifinal basketball game this weekend after its appeal to have the game moved from Friday night was rejected.

The Robert M. Beren Academy was informed on Monday that the Texas Association of Private and Parochial Schools (TAPPS) board had unanimously rejected it’s appeal.

Since all the players on the team are shomer shabbat, there is no chance they will be taking the court, barring a time change. In comments to the Houston Chronicle, Beren’s basketball coach Chris Cole said, “It’s never happened where we’ve played during Shabbat, and it will never happen. The kids know that, and the kids are fantastic at understanding.”

Cole elaborated on the boards rationale: “They say the inconvenience of rescheduling the games outweighs any other factors.”

The players have become celebrities in their own right, not least for their conviction. “There’s nothing in the Jewish religion that doesn’t want us to play basketball,” Beren senior Isaac Mirwis said. “But it’s tradition, it’s principle, and we stick true to our principles and that’s what makes an identity … God doesn’t take a week off from us, so we can’t take a week off from God.”

Martin Chominsky, the Anti-Defamation League’s Southwest Regional Director, sent a letter to TAPPS urging it to reconsider its decision. Adjusting the schedule would allow the team to play “without having to choose between competing and observing their religious holy days.”

TAPPS director Ed Burleson conceded Tuesday that it was unlikely that the board would reverse its decision, and he remained unapologetic: “We think it’s clear-cut. They were advised, up front, that TAPPS would not change that, and they chose to join TAPPS anyway. There was never any indication from TAPPS that their appeal would be approved.”

Still, Beren had reason to hope after last week’s regional final, which was made possible solely on account of opponent Our Lady of the Hills Catholic school’s voluntarily assent to move the game from Friday night to early afternoon.

In the meantime, Beren has been replaced in the semifinal game by Our Lady of the Hills. Cole said the team is continuing to practice in the hope that the association reverses it course and reschedules the game. The finals are scheduled for 2 pm on Saturday. 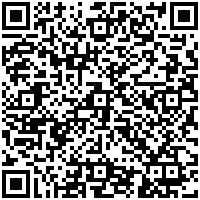