President Reuven Rivlin addressed Rabbi Shteinman’s death and said that “he has charted a path for countless Jews and his death leaves a deep sense of orphanhood today.”


Opposition Chairman MK Isaac Herzog also expressed regret over Rabbi Shteinman’s passing and said that he shares “in the tremendous pain of a large public who mourn the passing of one of the greatest rabbis of Israel.”

Rabbi Shteinman’s death was determined on Tuesday morning at the Mayanei Hayeshua Medical Center in Bnei Brak, and his funeral procession left his home in Bnei Brak in the direction of the Beit Hayim cemetery, where he will be buried.

According to Channel 1 News, during the transfer of the body, tens of thousands of followers surrounded the ambulance, and some climbing on top of nearby bus shelters. Police warned that the massive crowds posed danger to the elderly and to children, and asked the public attending the funeral to act with extreme caution.

Route 4, leading north from the Jerusalem highway, was closed to traffic near Bnei Brak from 10 AM to 6 PM. 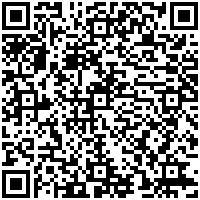