Former Health Minister and United Torah Judaism Knesset Member Yaacov Litzman was convicted Monday on a single charge of breach of public trust, in a hearing at the Jerusalem Magistrate’s Court in connection with the Malka Leifer case.

Litzman was accused of using his political influence to help delay the extradition of suspected pedophile Malka Leifer to Australia. Leifer, who faces 74 counts of child sexual abuse, was deported to Melbourne in January 2021 after a 13-year legal battle.


The former health minister pleaded guilty to the charge and resigned his post in Knesset as part of a plea agreement that dropped charges of obstruction of justice and moral turpitude.

The Movement for Quality Government condemned the plea agreement.

“The court once again accepted a lenient and shameful plea deal that was signed with an elected official who was above his position and caused real harm to the victims of sexual assault – an agreement that was signed after illegal foot-dragging by the prosecution authorities,” the NGO said.

Litzman, 73, was sentenced by the court to eight months in jail and fined approximately $900. The prison sentence was suspended. 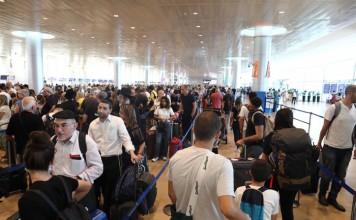