Jews in the hareidi religious city of Elad celebrated Lag B’Omer and life on Wednesday night with huge, traditional bonfires, music and dancing.

Hundreds of families gathered in multiple sites in the central Israeli city as one bonfire after another was lit, sending long, bright flames up into the night sky.

It’s a scene that was repeated throughout the country on Wednesday night as Jews worldwide celebrated the holiday, marking the anniversary of the passing of the second century Tannaic sage Rabbi Shimon Bar Yochai.

But in Elad, the rejoicing of the holiday has special meaning. For just a few moments, the fear and trauma left by a deadly terrorist attack in the city earlier this month was blotted out.

But it has not been forgotten.

“Even before the attack, years ago, my eyes would flick here and there during my daily walks, noting which spots might become a target in an attack,” Elad resident Rachel Levi told JewishPress.com on Wednesday night.

“There are so many construction sites here, and many of them likely had Arab workers — and perhaps they still do. Who knows what they are thinking?”

Could another attack happen in Elad?

“Maybe, but it’s not likely,” said Rachel’s husband Benny. “There is so much more security here now.” Nevertheless, he too has become more cautious in his daily life.

“You can’t really tell what might happen,” he said.

That has not stopped either of them from enjoying the sight of myriad bonfires and dancing children. 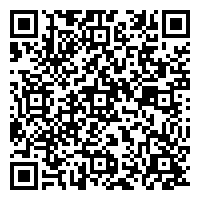