The Combat Antisemitism Movement (CAM) and the Central America Forum for Israel commemorated Hanukkah and the 74th anniversary of the adoption of the United Nations Partition Plan, which passed with crucial support from several Latin American countries and paved the way for the State of Israel’s establishment, during an event at the residence of Guatemalan Ambassador to the US, H.E. Alfonso Quiñónez.

The historic event, the first-ever Hanukkah party held by a Latin American embassy in the US, was attended by ambassadors and high-level diplomats from Argentina, Brazil, the Dominican Republic, Panama, Paraguay, Uruguay, Venezuela, and Israel.


Ambassador Quiñónez noted the long commitment that Guatemala has with Israel, stretching back to the Partition Plan, and being one of the first nations to recognize the State of Israel and move their embassy to Jerusalem. He added that they were the second nation after the US to return their embassy to Jerusalem in 2018. The Ambassador also mentioned his country’s ongoing commitment to fighting antisemitism.

“Antisemitism is alive, and we need to work together to fight it,” Ambassador Quiñónez said in his remarks, calling on more nations to join the Central American Forum for Israel, hosted recently in July by the Republic of Guatemala with the Combat Antisemitism Movement and the Center for Jewish Impact, in partnership with the Israel-Guatemala Friendship League and Congress of the Republic of Guatemala.

Deputy Head of Mission of Israel to the US Benjamin Krasna also mentioned the significance of the support of Latin American countries in the crucial vote at the UN 74 years ago, even under tremendous pressure.

“There are times when diplomats must make the right decision to support Israel, even if it is not diplomatic,” Deputy Head of Mission Krasna said.

“Israel’s story is the story of the Maccabees, a miracle which brought light to the world and continues shining bright with the support of friends like Guatemala who don’t look for reasons why not to do the right things. They shine bright as an example to others in recognizing Jerusalem as Israel’s one and only capital.”

The event featured a menorah-lighting ceremony led by Rabbi Stuart Weinblatt, a CAM Advisory Board member, who also noted the intertwining occasions celebrated at the event.

“We again express our gratitude to your country for this, as well as for being the first country after the United States to recognize Jerusalem as the capital of Israel,” Rabbi Weinblatt said.

“We appreciate your standing up to the forces who would seek to divide our people. For when we celebrate the victory of the Maccabees, we celebrate a battle that was won, but unfortunately one which is not over,” he added.

After the lighting, CAM Director of Hispanic Outreach Shay Salamon presented each of the ambassadors with a menorah, thanking them for their support for Israel and the fight against antisemitism.

“After the recent launch of its Hispanic Outreach Department, CAM looks forward to expanding its ties throughout the Americas and working collaboratively with its partners there to further the mission of defeating the world’s oldest hatred,” Salamon said.

“Let’s not be indifferent, we have responsibilities as representatives of our countries, of our organizations, but above all as human beings. Let us illuminate the world with the colors of hope, tolerance, and fraternity,” he added.

“I stand here tonight to entreat each of you do what is in your power to not allow the one country on earth which threatens to commit genocide against the Jews, to attain the very weapons they need to carry out that threat,” said Ellie Cohanim, advisor to CAM and former Deputy Special Envoy to Monitor and Combat Anti-Semitism at the United States Department of State.

“We know too, that the Iranians have infiltrated Central and South America through their terror proxy Hezbollah, which seeks to undermine and destabilize every country that they enter, and so it is deeply important as well, for each country to designate Hezbollah as a terrorist organization in its entirety, and to take every action to eliminate Hezbollah from your soil.”

Pastor Mario Bramnick, President of the Latino Coalition For Israel, was presented by CAM with the 2021 “Latino Defender of Israel” award at the event as well. 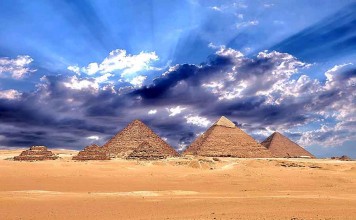 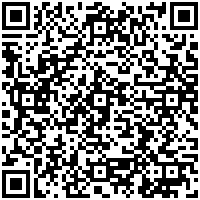